After ever-so apprehensively booking into the Refugio for the night, when torrential rain caught us off guard, we awoke to hopeful skies beckoning us out. The skies were reassuring, while not totally clear, the lack of dampness on the ground and the rushing rapids told us that most of the heavy rain had gone; it was safe to go out once more. Not that it had not been before, but much less damp, taking away a degree of difficulty that we had surrendered to previously.

We fetched our smoked clothes from the hazy room and dressed promptly, it was not yet known how the weather could change, but we wanted to get out and into it before we had a chance to think twice.

Once out, the air was crisp, the skies trying to clear and the waters were raging down the valley. Not far from leaving the front door, we passed over bespoke bridges made from logs, carved, placed and tied into place. Forests were alive with colour, if I hadn't been in such a rush to get to Las Torres I'd have taken it a bit slower and really thought about my compositions. Given that I now had to put down the pack to get to my camera gear, every time I did this it had to be worth it. The forests were just too beautiful to pass without taking a shot. 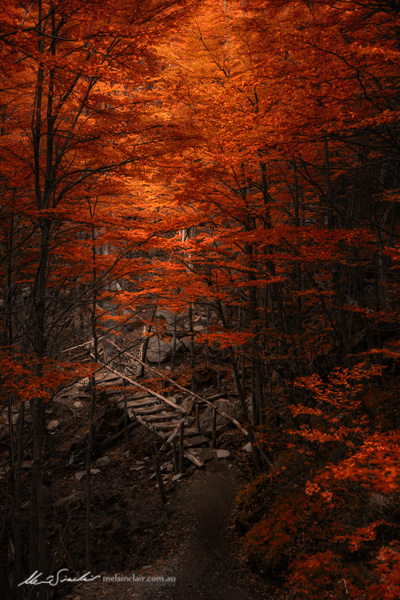 ^ Flexing some muscle, this is what it felt like!

Winding paths ducked and weaved around and underneath the growths, the cool forest air smelt damp and musty, the breeze hurtling this through my lungs and kicking out the smoky stale from the night before. I must admit I travelled a little slower while under the branches! 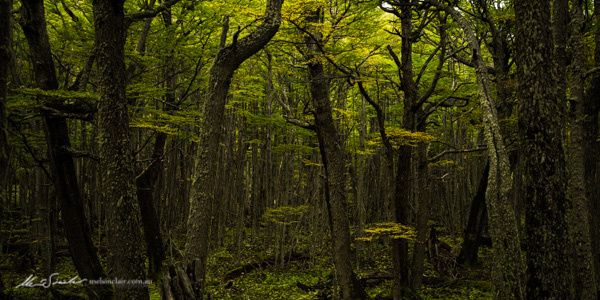 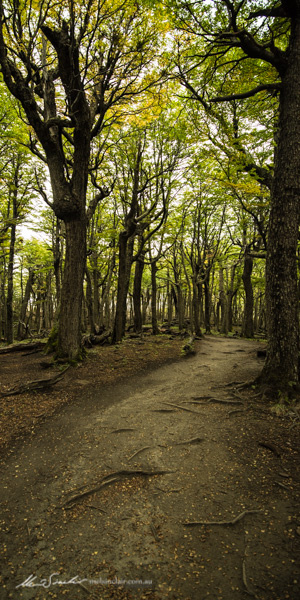 Eventually, we escaped the treeline and came upon the sign warning us of the 45-min ascent to the Base Las Torres. While scenic and in places hectic, this walk was challenging but passed relatively quickly. The first fifteen minutes was weaving and treading through a creek, small cascades underneath multi coloured trees, the boots getting splashed with incredibly fresh water and the arms being tested by the hiking pole supporting myself and Monster (my pack). Clair and I chased each other up the cascades, eventually breaking free of the creek and onto bare, exposed sandy face of the adjoining mountains. It was here the difficulty increased tenfold; it would only take a little bit of wind to knock me off my feet and down into uncertain doom. I bogged in for the hard fight, leaning forward and attempting to shift my centre of gravity lower. 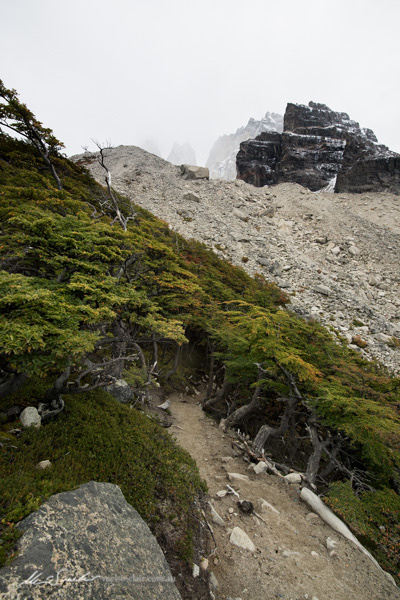 ^ Breaking free from the treeline

After what seemed like forever, weaving, ducking, watching every step, we rounded the mountain and saw Mirador Las Torres. The stunning, dominating fingers sticking out into the air. The ambient temperature up here had to be around freezing, it was so bitterly cold that I was forced to bring out the hand warmers. Shooting for this reason is difficult for me, the cold, frozen sticks that used to be my fingers fail to function, every clenched fist is stabbing pains up my arms, touch is exaggerated and even trying to warm them up burns.

All around us, the mountain was breathing and heaving, it was alive. Rocks would tumble unannounced from the crowded embankment and into the water with a groan and a clamber. It was as clear as if it had happened right beside us. Mountains cracking, whistling and cooing in the cold morning air, a falling blue light cast on the lake with a grey-sheet sky above. 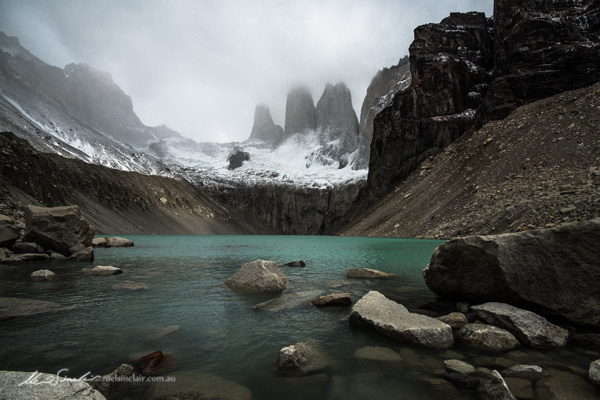 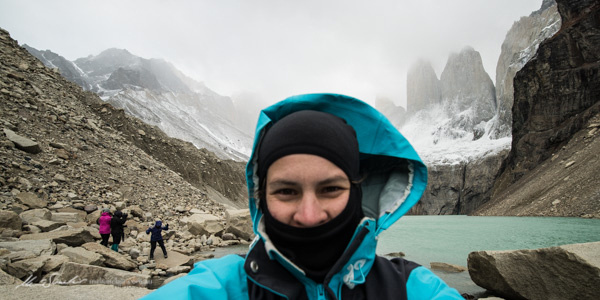 But at least it was not raining.

As a group, we made the executive call to head back to Las Torres hotel for the next night, some wound licking and clothes drying would need to happen before a long drive in the car to Argentina the next day, commencing part two of the tour. 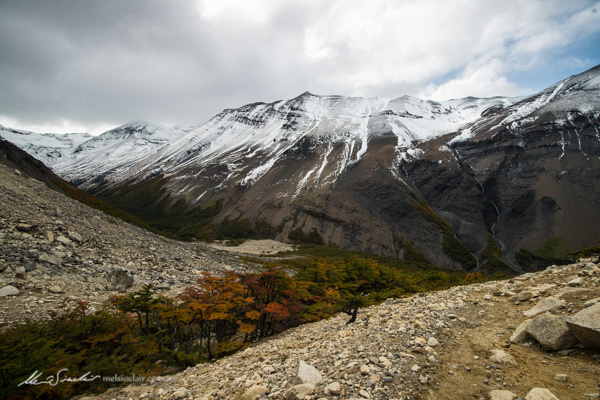 ^ Still ever-so beautiful! Too bad I had to watch where I was going!