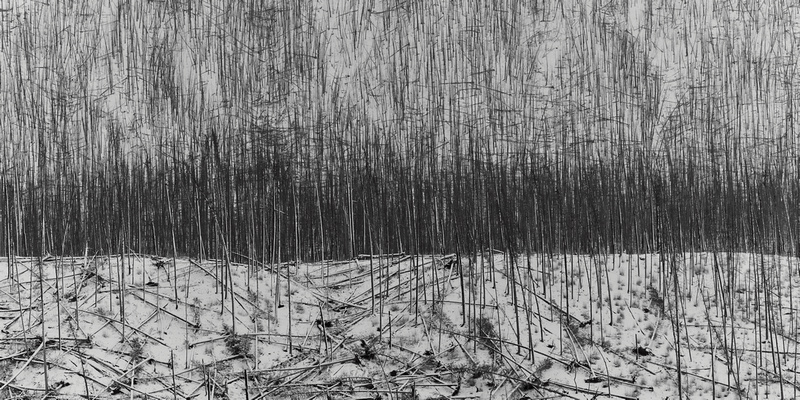 Without a doubt, this has got to be the coolest thing of 2021 to happen, winning the Places Category of The Mono Awards.

To say I'm elated, is an understatement. To say that it was unexpected, is definitely the truth.

Entering photography competitions is never a given formula, never an expected result. I enter my images into disparate competitions throughout the world in the hopes of ensnaring the top prizes, just like everyone else does. Sometimes though, you have an image that just transcends the rest in the collection and speaks to people on different levels. I've always thought this image stands by itself in an artistic sense, through sheer volume of subject, it overwhelms, yet in a controlled sense.

I am forever thankful that the judges found my image 'mesmerising' and decided to award it the top prize.

If you were one of the lucky ones at the Brisbane Camera Group on September 13th, you've already heard me talk about this one.

(It's worthy to note that I love talking at camera clubs, so if you're an organiser of one and would like to have me come speak, drop me a line on my Contact page)

In this blog I wanted to share with you the backstory to this image, beyond what I can say in a caption or blurb for the awards.

This image was taken on the Icefields Parkway somewhere between Jasper and Banff, its exact location currently escapes me.

It was not the first time that I had demanded the vehicle driver to safely pull to the side of the road ( the translation of course is, "HOLY CRAP, STOP THE CAR NOOOWWWW, I NEED THAT SHOT") , so that I could get out and grab a shot. We had driven past this scene and several like it, so many times over the course of our trip to Canada, specifically from Alberta to Jasper and back.

It wasn't the only scene that had captured my attention, there was so many examples of scenes similar and different to this, in varying light conditions and times of day; 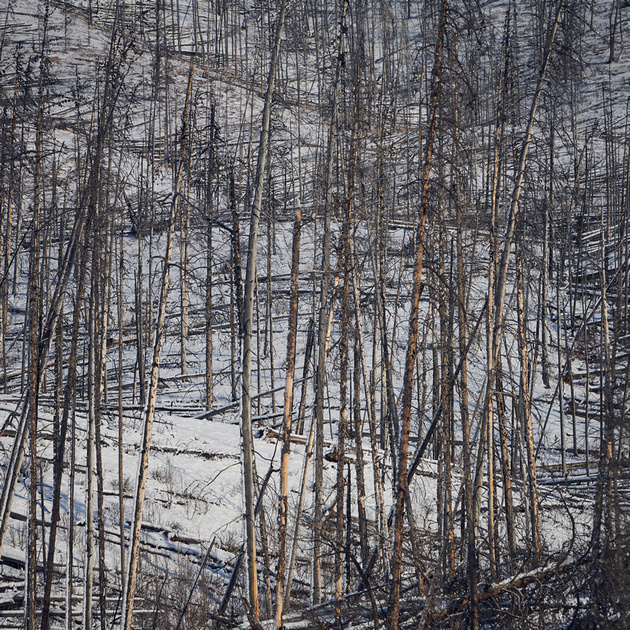 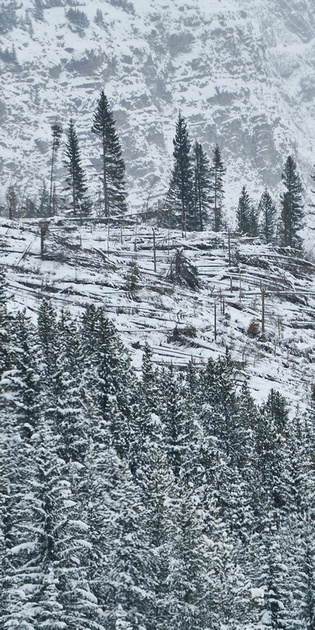 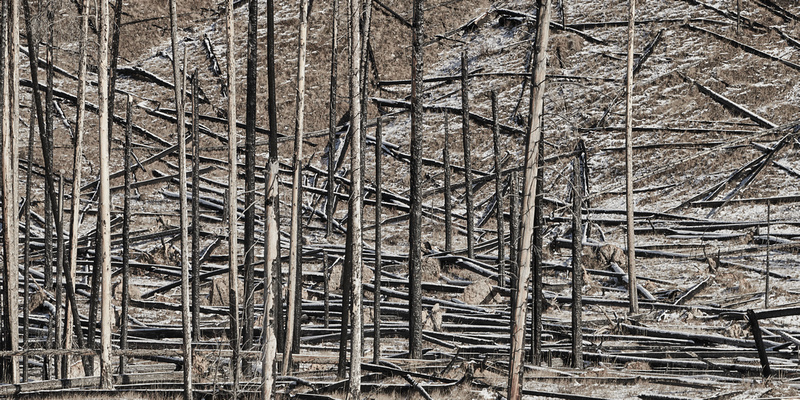 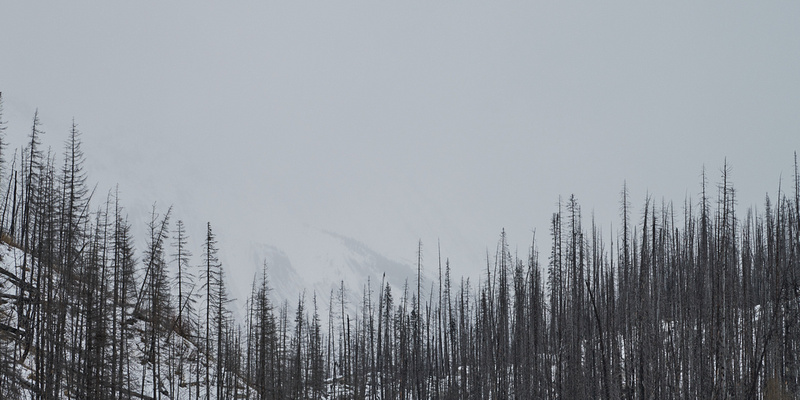 At the time, I thought the reason that the trees had fallen was somewhat innocent; logging, bushfire, loss of root structure. Indeed I am not an Arborist or a tree doctor of any kind, but being from Australia I thought the "why" for these trees was a lot softer than the real explanation.

Someone had said in passing, while I was in Canada in late 2019,  "It's not fire and snow', 'It's a beetle infestation.' On getting home and starting to enter this image in competitions, forced me to look into a little more.

It was the Mountain Pine Beetle Infestation, and you can read a little more about it here; and here(and several other articles online if you google the term)

It is of course, a found scene.

This is the same scene as my winning image, except at 70mm; 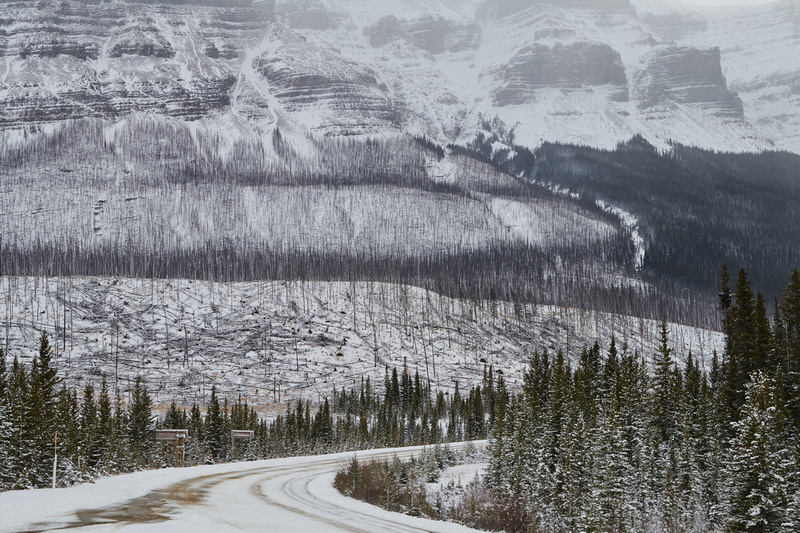 Can you see where my shot was taken?

As you can see, the scene itself is fairly monochromatic just by itself. It's mostly a shade of tan, white and blue, which in itself is complimentary.

From the images I've taken, I've decided to market both the Mono version of the image, and the coloured, which is of the same title; Pick-Up Sticks, but with the added word "Ink."

Pick-Up Sticks Ink is Mono's twin sister, similar in almost every way, but with a different personality. 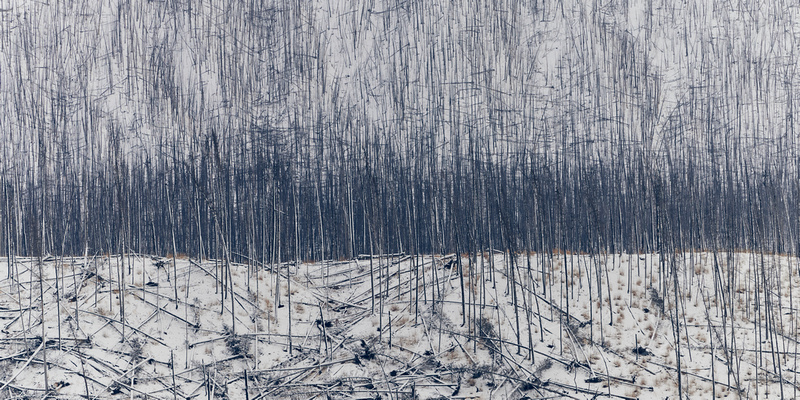 Ink is named for the familiar smell of a biro pen, likened to the old art of telephone doodling. I found the right shade of blue and I instantly smelt the familiar inky odor, it was a little spooky to be honest, to be able to mess with that olfactory sense.

What to you think?

Do the images speak to you in a strange way?

Tell me your thoughts below!