A Smattering Of Snow 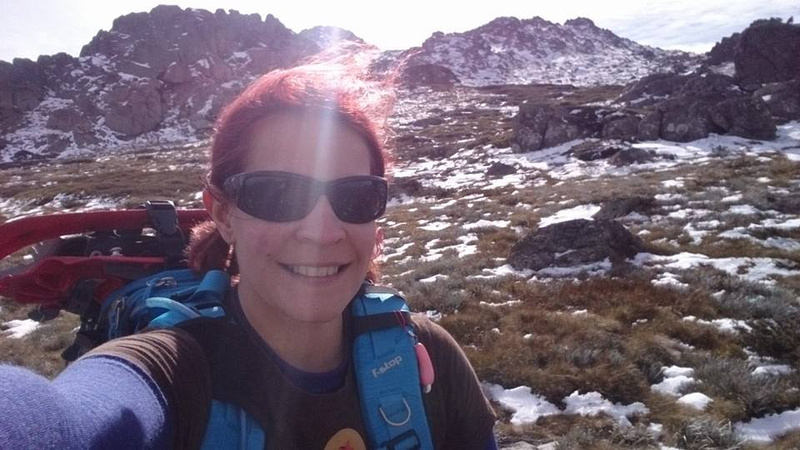 What a chaotic, but insanely fun weekend I've just had. My faith in photo tours for advanced photographers has been restored after going on the Kosciuszko trip run by One Of A Kind Photography/ Timothy Poulton. Years ago, I attended another tour, run by a photographer who I won't name, and was so disappointed in the level of which it was taken at, that I vowed never to go on another tour. After watching Tim's work for the past few years, seeing trips happen and wishing I'd gotten those shots, I saw the Kosciuszko trip come up, I knew I had to do it.

I can honestly say that after five fun and photography filled days, I have come away with some of the best images I've ever taken. Being from the warm tropical state of Queensland, I have always been fascinated by the Snowy Mountains, or even just snow in general. After a taste back in 2010 of the ski fields, I had been keen to go back for photographic purposes, for all the shots waiting to be taken.

I had the honour of taking this tour with people I admire as photographers, and those who I will keep in touch with due to their kind human nature and larrikin spirits. To Tim, Glen, Brendan, Gavin, Luke, Josh, Robert, Jake and Tim D, thank you all for your company, patience, support, encouragement and for your energy! I've had a blast and it's produced some of the best images I could have hoped for.

Like hunters with prey in their sights, we narrowed our focus on the back country of Thredbo ski fields and Mt Kosciuszko, a winter playground during the snow season from June to September, but a haven for all other downhill sports and hiking outside these times. We arrived to lightly snow-capped mountains, flowing river streams and the fresh crisp air that only the higher altitude locations can deliver.

We travelled six hours from Sydney, all meeting seemingly-anonymously at Sydney Central Train station, unknown to each other, but not for long. The many hours in the mystery van allowed us to talk shop and get to know each other, as the long weekend ahead would put us all in close quarters.

Our first sunrise. Friday, was at Dead Horse Gap gave us the swift upper-cut of an introduction to the climate, delivering a chilling -9 degrees on the ground. Standing still, I could feel my toes checking out one by one, my wool socks and thermal layers doing no good to keep the rest of me warm. Moving about like a distressed penguin was all I could do to generate warmth in my five layers of thermals, fleece, down and jackets. This would have looked pathetic to anyone witnessing it, however thanks to the cloak of darkness my idiotic moves to keep the blood circulating went unnoticed.

The afternoon pursuit proved no less taxing, however, instead of cold, it was exertion. We were to get our first experience at the top of the range! After powering up muddy forest stairs, passing through winding trails of snow gums and melting snow patches, we reached the top of Rams Head range. The view from the heights was simply spectacular. Many a moment went past and I did not take a photo, instead looking around and taking it in. The sun was warm, the photo opportunities were endless. Shot after shot I was taken away by the simplicity and the sheer joy to be walking through snow, even if it was just patchy ground-cover. 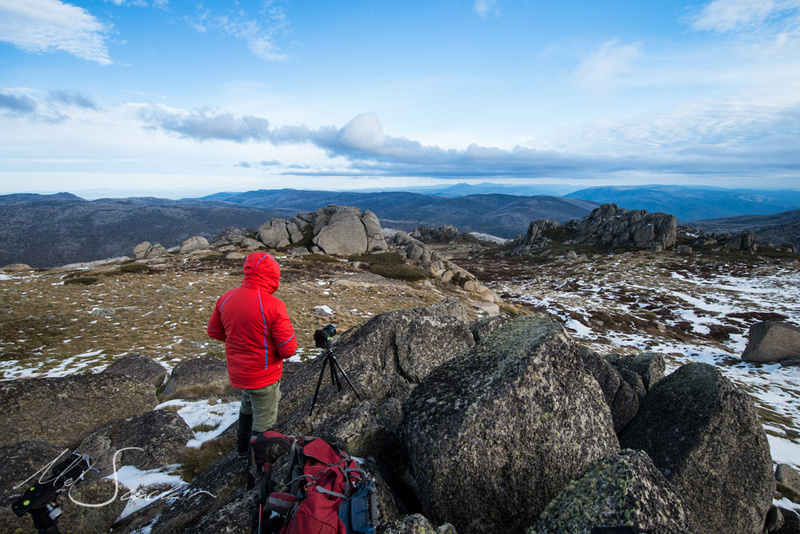 We waited for sunset patiently, feeling the mercury drop, preparing cameras, donning layers and swilling mouthfuls of beer or butterscotch schnapps. The clouds raced past, as if in peak hour traffic and everyone around me selected their positions for sunset. As the light came and faded just as quickly, we packed up and scrambled down the range.

On Day 2, we chose a different location, due to the weather forecast predicting rain and unfavourable conditions for a day on the mountain. Instead, Tim took us to the Sugar Pine Forest, via Khancoban (which got nicknamed to Kurt Cobain) and into Tumbarumba.

This forest was so beautiful, one never really gets a feel for a forest with such tall trees in Queensland. The camera did not do this location a justice in terms of scale. The forest floor was littered with yellowing pine needles from the towering limbs above us. Pine cones lay around like natural trash. The mood was cool and still, the silence almost deafening at times when my peers had disappeared, but this was welcome, the sound of the forest creatures became louder, it felt great to be there.

That afternoon, after a late breakfast, the weather had turned sour. We had a much-needed break to process some images and discuss game plans for the afternoon. After a quick checking-out of the latest location, we headed back to the Thredbo village for pizza and an early night. Gosh it was great pizza!

Sunday morning saw us attempt to shoot a sunrise over a small creek. The weather toyed with us and gave a completely clear sky, which I find hard to shoot. Nevertheless I persevered on, getting some shots. That’s something you have to come to accept in the alpine country – the weather is more rapidly changing than lower-altitude locations. 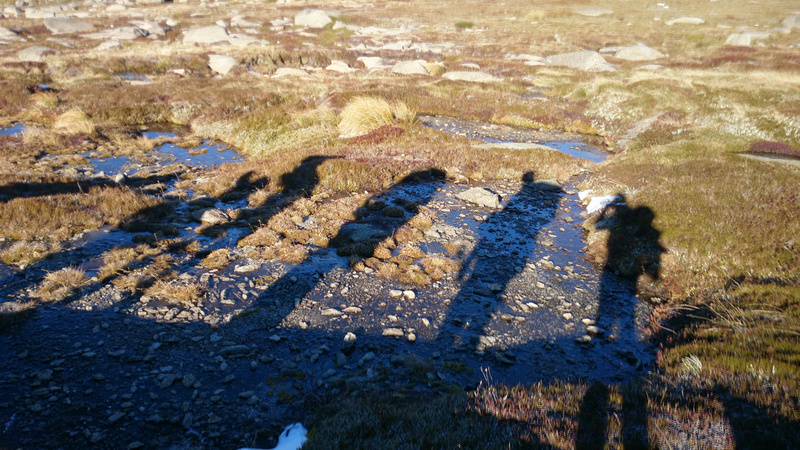 As we had meant to go camping up in the back country on Saturday night, but being foiled by the weather, we shifted this to instead be Sunday afternoon. This afternoon however, was the Pièce de résistance of the entire trip.

Our camera bags (with most being f-stops) were packed tight with camera gear already, and then further added to with overnight camping gear. Tents, tripods, sleeping bag, sleeping mat and a water supply, we made a bee line for the Kosciuszko Express chair lift, because, let’s face it, none of us wanted to hike the ski slopes with THAT much gear on our backs, as it was easily 20 to 30kg worth. This was both fun and scary for me, admittedly being afraid of heights, and being up there with all my precious gear, swinging in the breeze… but it totally beat further worsening my already-ferocious blisters which were taking up residence on my heels. After disembarking in a rather gawdy fashion (grab bag, and run forward off of chair lift, hoping everything comes with me) the pack hiked up the metal walkway towards Mt Kosciuszko. Other walkers passing us must have thought we were nuts, heading for the mountains with all this stuff on our backs.

We located a camp site and dropped our extra gear for the walk around the top, to see what was photographic. No adventure is complete without a bar, so having located some snow that had not yet melted in the shadow of a rock, we made sure we had the important stuff done first. 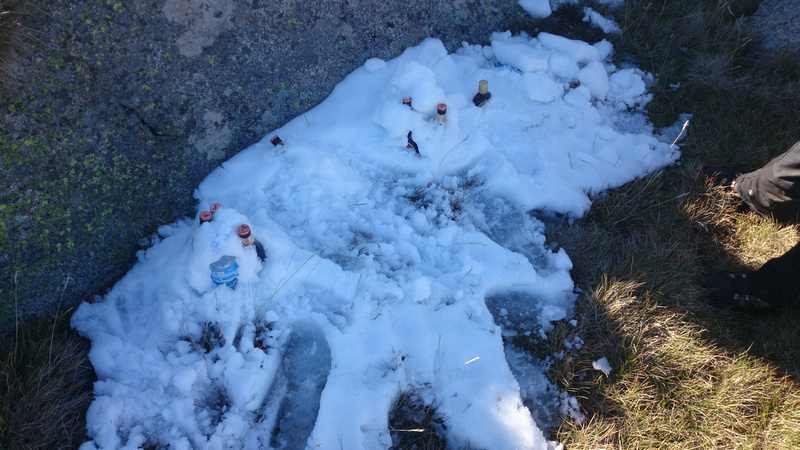 The rocky tors up high, in the back country are numerous and almost indistinguishable among the landscape. There are so many that one could not possibly explore them all. A few of the guys had seen a shot that they had wanted to find, so they headed off with their GPS units and hunted it down. I give absolute credit to them for this, such an amazing spot they found. I knew it was good when Tim came barrelling down the largest range in sight grinning from ear to ear with excitement about the potential the spot had. And gosh, after yet another exhausting climb over more rocks, dense shrubbery and wet grasses, I too saw it for myself!

Money can't buy the camaraderie, the spirit or the energy gained from finding a location so special that everyone howls into the air like a pack of wolves on a full moon. The excitement in the air was electric, the spirit so happy and the light just so good. 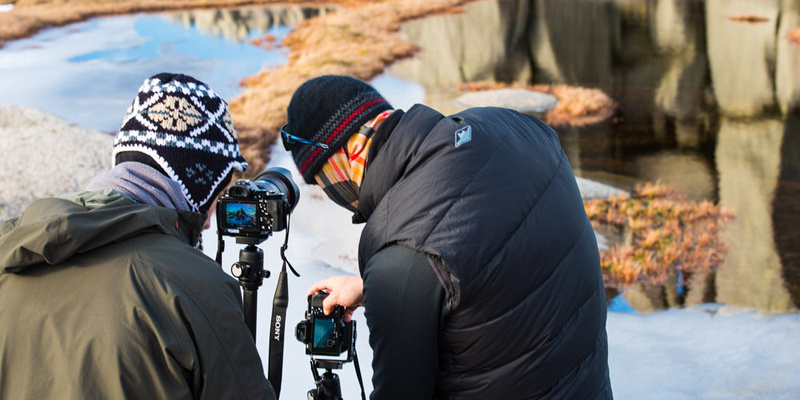 But you know what, you’re going to have to wait to see the shots!

I’ll tell you this though.

If you love your photography and want to visit some ‘next level’ locations that you had only previously dreamed of, you need to take one of these trips. If you like to challenge yourself, and not just shoot from the car park, if your fitness is up to scratch and you have the fighting spirit, then do it.

Photos and videos to come… I promise I’ll try not to make you wait too long ;)

For more information on the trips offered for 2015, follow the link:

One Of A Kind 2015 Photography Adventure Calendar 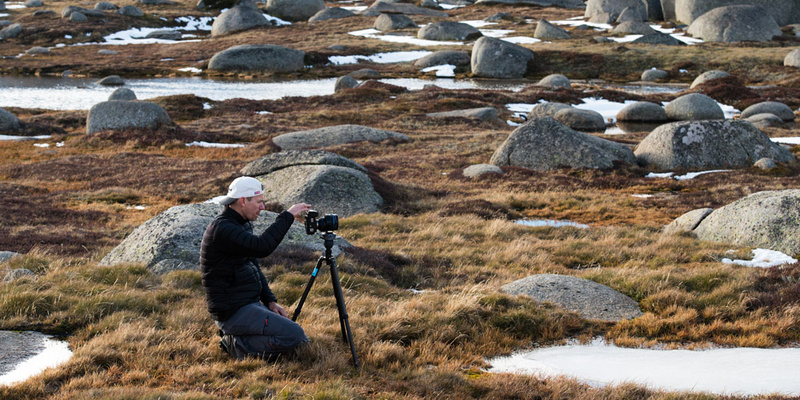