USHUAIA: End of the earth

What can I say, Ushuaia is stunning!

I arrived yesterday after a flight that was otherwise ok, except for a flight attendant trying to get me to move to half a seat from the perfectly fine and whole seat that I had to myself already. A man who can only be described as 1.5 times the width of a standard seat, obviously didnt fit into the one he was allocated, so he decided to walk to the front of the cabin and sit in someone else's.

When they showed up for the flight, the attendant was trying to get me to move to the half seat next to this large man. there was no way in hades that I was going to move, but managed to convince the flight attendant that I was fine where I was, as I needed the under-seat storage for my camera bag, given the overheads were all full. In the end, she relented and moved the large man to a business-class seat which was wide enough to fit him, the couple that were to have the regular seats got theirs and I was left alone. I'm usually quite amiable to changes like this, but I wasn't going to fit in that seat anyway and I didn't pay for half a seat for a 3.5hr flight. I wish people would take more responsibility for themselves if they're larger than a standard seat and book two.

I've got a few hours to myself this morning before Bev arrives, so I wanted to quickly show some pictures of this area and then get back out there, as it's another stunner.

The moon rose over the mountains yesterday, but it was hard to get a clear shot because of the plethora of powerlines going everywhere. In the end I decided to go with it and shoot those powerlines, however ugly they may be, they paint a portrait of this town.

I love exploring and noting all the cultural differences. For example, this is a houses rubbish bin: (I love it how it won't get too smelly cos it can breathe and it's at a height that can't be broken into by hungry stray dogs).

The rest of the pics are touristy-type images of Ushuaia and the moonrise which I wasn't quite prepared for. Might get a chance tonight to go out and shoot it a bit better! 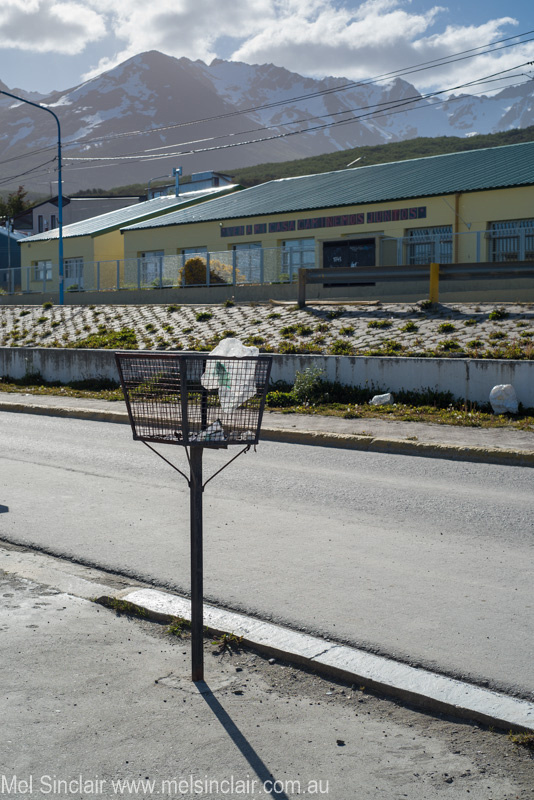 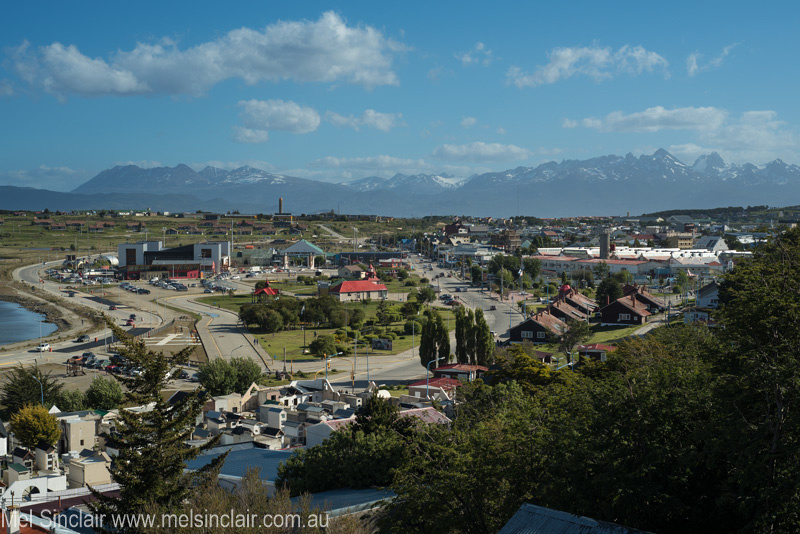 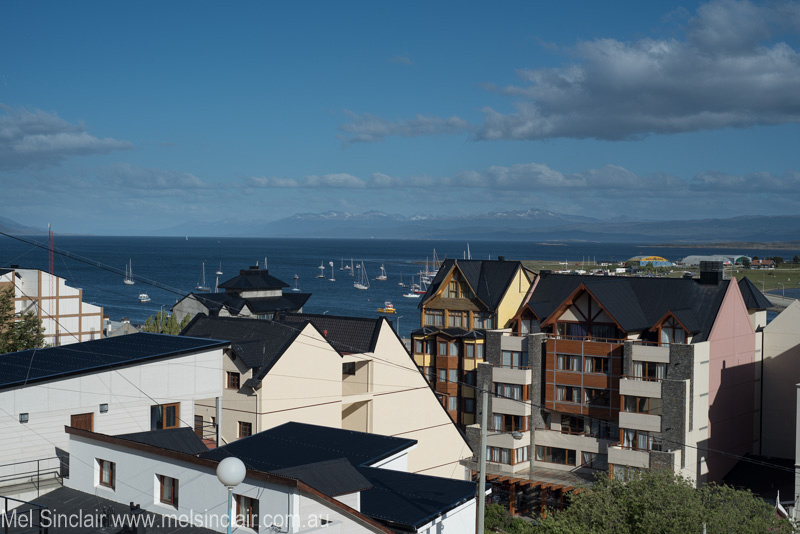 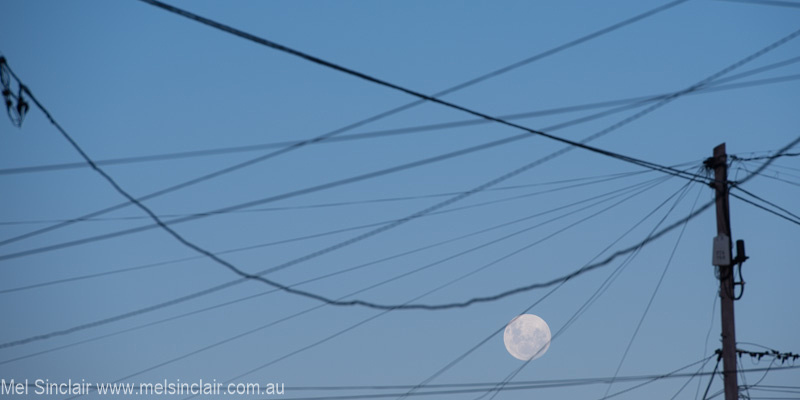 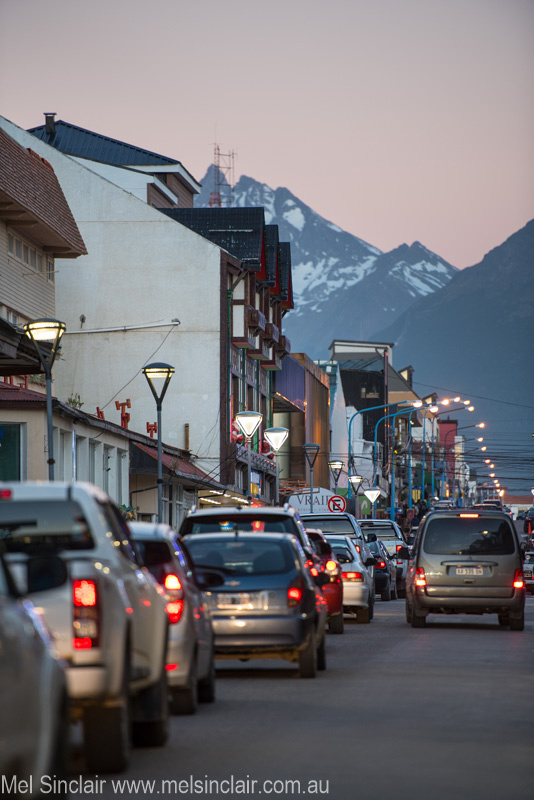 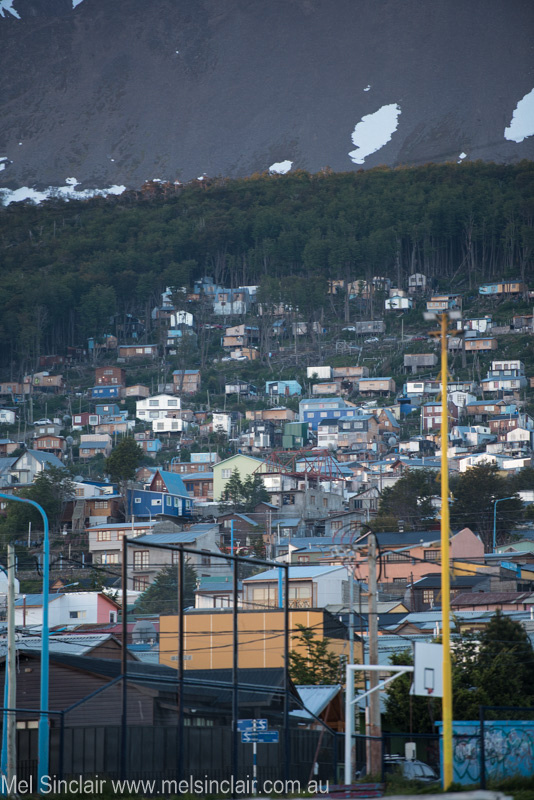 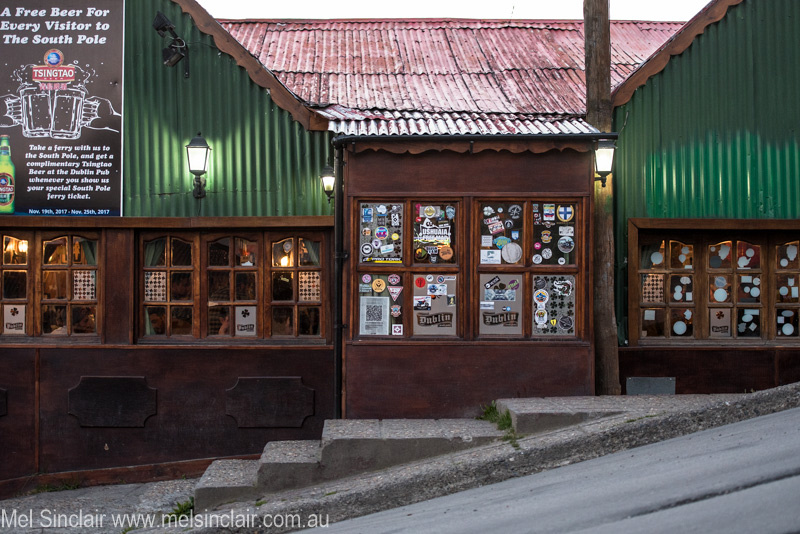 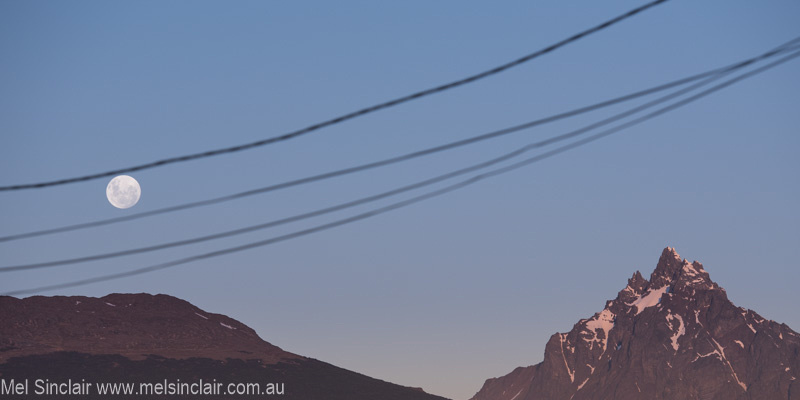 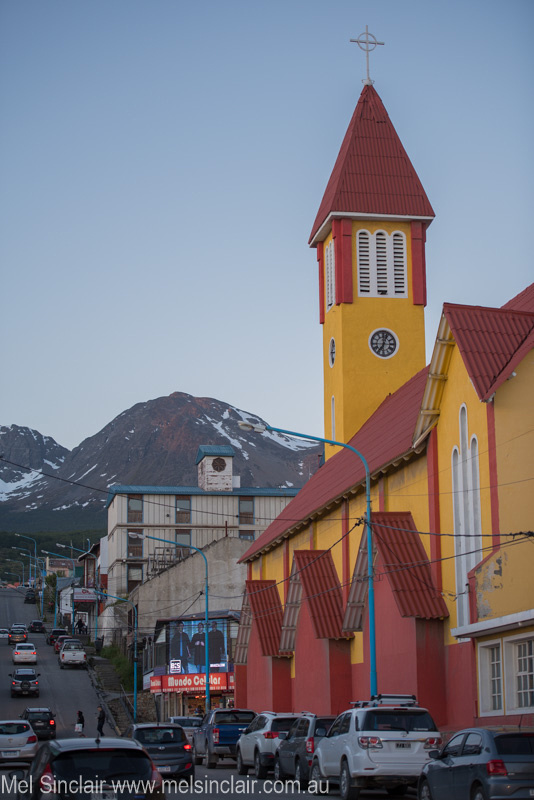