Get comfy in your seat, make yourself a coffee or get the popcorn, ths is going to be a long post.

Oh my gosh internet, I am glad to see you!

The last few days have been bedlam, seeing me finish every single one in an exhausted heap. Where was I at? Did I tell you about waking up in the convent on the hardest beds imaginable? I imagine it’s akin to sleeping in prison – no comfort whatsoever. I had become convinced that even the floor would have more give in it than what would pass for a bed. Mind you, the room in the convent did look a little military, but it was a lovely night I guess, there was something about it that made it befitting of the first night of the Rickshaw Run – the randomness, the make-it-up-as-you-go and the stifled laughs.

We headed off early after sunrise and had a few KMs to drive through some stunning scenic wooded area of the East and West Garo hills. It is an area that is mostly in flood at the moment. Because it is so scenically beautiful, I would have loved to have spent more time capturing it, but alas we had to pursue onwards.  We had to cross the large river from Meghalaya into Assam, and get to the next major town before sunset.

As it turns out, the main highway connecting Meghalaya and the rest of India leaves a lot to be desired. It’s a two-sided carriageway by design, but only one and a bit of it is completed. Everytime there is a river, which is about every 50-100m, the road tapers off, turns to rough, course gravel, and you have to go head-on with crazy, manical bus drivers, truck drivers, motorbikes and cars. It’s dog-eat-dog out there, and only the equally crazy survive. In order to earn respect on these streets, you need to drive like them.

Also another thing, it’s customary here to honk or lean on your horn when passing another car. Its not a rude thing usually, it’s “I’m behind you and I want to overtake you.” That’s all well and good until you get the trucks and the buses who have the loudest, musical horns which just pierce you eardrums and almost paralyse you. Being meek and giving way will mean you will be stuck forever, until a roadtrain or bus comes up behind you and deafens you into the disability scheme. Annoyingly, they do this whether you have somewhere to go or not. If the traffic is at a standstill, they’re driving on the shoulder into oncoming traffic to get around.

Add the difficulty of the roads which are in incredibly poor condition. It’s not really a road by this time, in this state. It’s more of a goat track with the occasional splash of bitumen, added as an after-thought. Mostly the women end up doing road repairs and they’re just throwing gravel into the craters to fill them up. It’s not a bug, it’s a feature. The potholes are meant to calm down the crazy truck drivers who are mostly high on a number of drugs not available where I’m from. Added that there’s no such thing as a speed camera or roadside drug testing over where, and well, it’s a rough place to be.

Because cows here are sacred, they’re allowed to go wherever they desire. The same goes with the goats and the dogs, the occasional pigs and sometimes you even find grain sellers drying out their maize in the slip lanes of major highways. The back of trucks ask you to “Obey the road rules” but one has to wonder, what the hell are they?!

This occurs on big roads and little roads alike. The tuk tuk is not suited to navigating the potholes that the trucks drive through like it’s just a speed bump. Often it’s a mix of all the rides at Dreamworld combined into a scary indian-inspired mix of terror and thrill.  Sometimes more terror, sometimes more thrill. It definitely makes a stiff drink at the end of the day well-earned and welcomed.

Monsoon has well and truly hit, we’ve been getting up early around 4:30am and departing the accommodation by 5pm in order to take advantage of the non-existent traffic and the fact that you can get a chai and an Aloo Paratha or Roti and pickle or something and something that looks like food, from any roadside stall along the way. Really starting to appreciate the breads made and cooked in the tandoor or in oil. However they do it, you get to eat it the second they come from the pan and so you know it’s fresh and isn’t going to give you any grief.

I’ve had some issues over the last few days, namely with dehydration. The temperatures down in the rest of India have been a little excessive, so I find myself really suffering in it. I’ve gotten a bit of heat rash which I’m treating and sometimes a sensitive stomach once I take my anti-malarials. The doxy has given me a killer tan this far, reminding me of how white-girl I was before I got here. My fitbit serves as a reminder of that, I have this really neat little tan.

Yesterday was the day that started out with so much promise. We left our hotel in Gossaigoan for Siliguri or Darjeeling. After getting lost on local roads and realising that we were nowhere near the tea terraces we had hoped for, we pulled over for fuel. Filling up was a bit of a drama, every motorcycle was gathered around a single pump. It was like lining up for a drink at a music festival. Sweaty, rude and not at all pleasant, we got our tank, plus two plastic jerrys filled up and we were off on our way.

While trying to get back onto the road, our noble tuk splattered and stalled repeatedly, until we finally gave in and decided to park it to take a look.

Well, I have never seen anything like it. This is just a main road going through town, but somehow, all of a sudden this huge crowd of locals had gathered to watch what was going on. Its rubbernecking to the extreme, and something I’ll never ever get used to. So we’re clearly the whitest white folk that have ever broken down in their village, and we were the star attractions.

Mr Bev was at the back of the rickshaw tinkering, trying to figure out what was wrong. We had the wheels chocked with a rock, and while we were standing around wondering how we could help, we saw one team go past, this one had one of the camera guys for the documentary in it. We flagged them down and got them to stop. They were happy to keep us company on the long fix, filming sections of this insane crowd that had come to watch. At one stage, there were so many people that we caused a traffic jam. Trucks cruised past and blocked traffic to have a laugh about the silly westerners that had come stranded.

By far, one of the most weird things I have encountered so far, is the fascination with western travellers. This is most likely due to the fact that where we started in Shillong wasn’t a massive tourist hub like the south. They really love their selfies. REALLY love their selfies. So for the next two hours while Mr Bev was trying to get the problem sorted with the help of local mechanics, the endless line of selfies was a thing. The crowd stood there like cows on the road, no idea whether this is a professional sport or not. I’m getting rather tired of being looked at like a captive animal, no matter where we go, people stop and stare. Constanty.

Those who know me personally know that I don’t really get into this narcissistic hobby and couldn’t really give two shits about selfies. Problem is that Indian men and women really love taking selfies with foreigners, and multiple to make sure they turn out correctly. So far my most annoying one was the morning before the breakdown. We stopped to check on something, a local came in and took a selfie with each of the bevs, then saw me and kept snapping shots, each time putting his cheek harder against mine. Personal space invasion. It was disgusting.

So after two hours of a breakdown, we got back on the road with our friends Mitsy and Eamon who decided to join us in Siliguri for the night. Seeing Darjeeling had been dashed by the breakdown, we had to just continue on as there was not much more time to go and get accommodation before night set in. Finally we found a place, yet again with the rock-hard beds we had begun to loathe. There is simply no way to get comfortable on them.

And fast forward to today. After a really average sleep on our sack-of-shit beds, we headed to a local tea garden in Siliguri to capture the morning light over the tea fields, before heading south towards Purdina and the Ganges river to mark yet another day of travel well earned. We caught a couple of monkeys playing in the field and this in turn provided something different to photograph other than the landscape. I’ve been finding myself sliding more into the travel documentary style of image rather than a straight landscape. It’s refreshing and I’m embracing it.

It is becoming rapidly apparent that the further south we travel, the traffic just gets worse. The ballsy attitude that one needs to survive here needs to get tougher and the roads just become more congested. It’s a wonder that there isn’t a higher road toll, I simply cannot describe how scary it can be sometimes. It’s character building I tell you.

Crossing the Ganges bridge today was, by far, one of the craziest drives that we’ve had so far. It’s just like a puzzle piece, everyone has a place at a certain point in time, and you need  to be hypervigilant because one lapse of judgement could be bad. It’s about being so switched on that your eyes may as well be propped open with toothpicks, don’t you dare blink.

And now, after this crazy long time on the road filming and taking photos, were in Bhaglapur where we just happened to come across a Hindi celebration festival where there’s people riding around giant speakers on trucks blasting some traditional music. There’ some kids dressed in orange and white t-shirts with script on them, and they’re wet. I assume they’ve been bathing in the Ganges, this supposedly sacred body of water, with bodies in it.

And here's a smashing of images from the last few days! 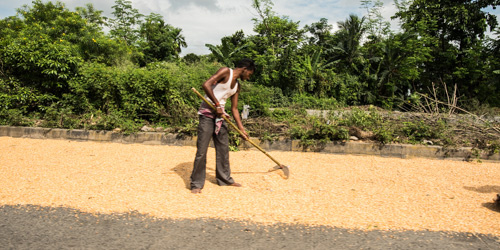 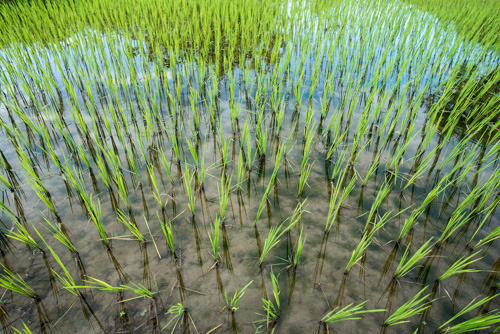 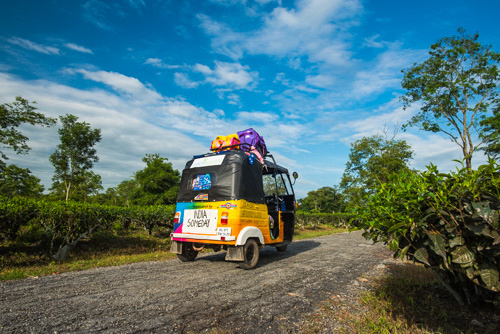 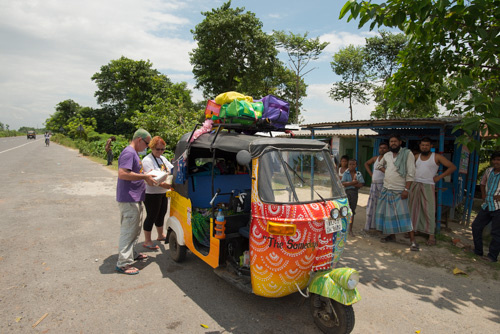 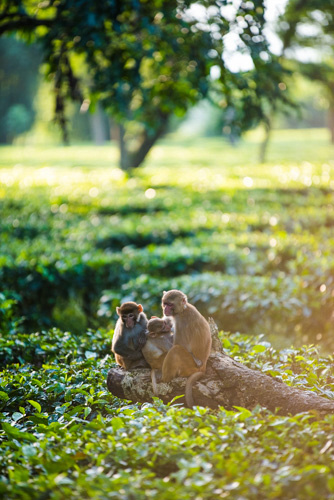 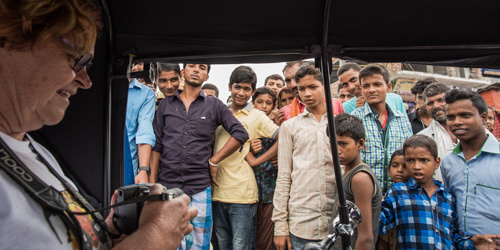 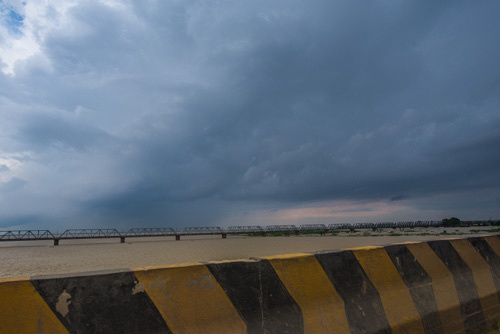 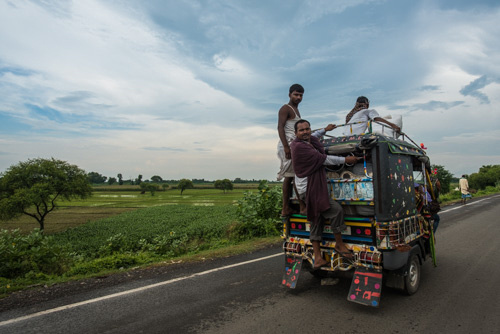 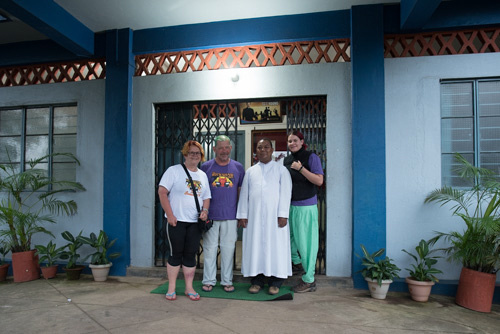 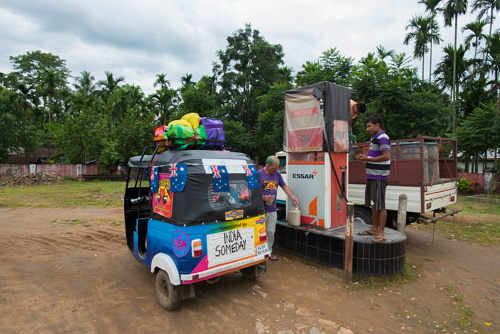 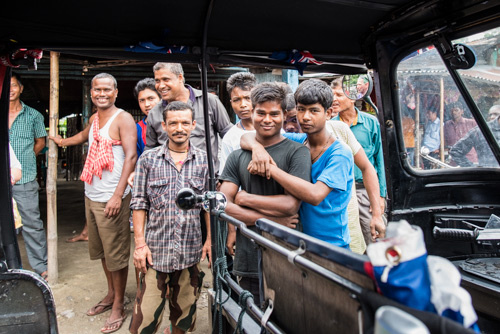 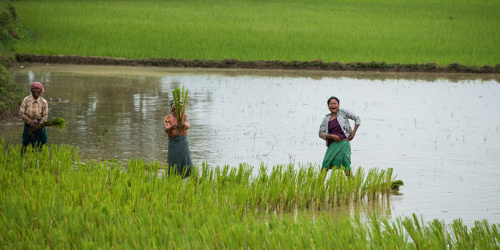