It's hard to say that its come to the end of the trip and this is the first time that I've put up a blog. I'm so terribly sorry that this is the first and probably last while I've been on the road, but between poor wifi connections and being so exhausted from the here-there-everywhere routine, I promise that in the coming weeks I'll post chapter by chapter of the trip that I recorded in my journal.

It's been an eventful trip that's for sure, every single trip in a foreign country is always fraught with some hiccups and hijinks along the way. My most notable was smashing my phone screen so bad that it no longer functioned, shards of glass were controlling the inputs, so I was never able to actually login or do anything other than call emergency services. This floored me in ways I never expected; it was my translator, my steps recorder, my notebook, my happy snap camera and my music which always put me in a good mood. It has been like recovering from a drug issue to go without it, and to watch everyone else jump onto wifi like magnets to metal as soon as we're in range of it anywhere, and then sit on my own twiddling my thumbs while everyone laughs and comments on things in their feeds. Its been hard, really hard. As soon as I can get my hands on a new Sony, all will be right with the world. Its been stark to realise how we're so reliant on it, but profess not to be in the same situation ourselves.

There has been highs and lows, side trips and side tracks, smiles and tears (mostly mine: phone) but at the end of it all, it has been an experience that I wouldn't have traded for anything. I have found solace in sitting down and writing, I have found the simple pleasure of sitting under a tree and writing, being alone with my thoughts and channeling these to paper in a way that resonates with my experience. There were some beautiful places to sit and watch the world pass by, places that a painter could only ever dream of. 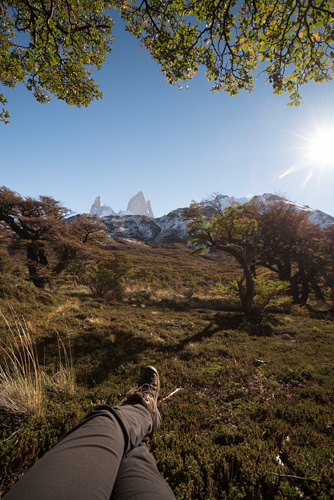 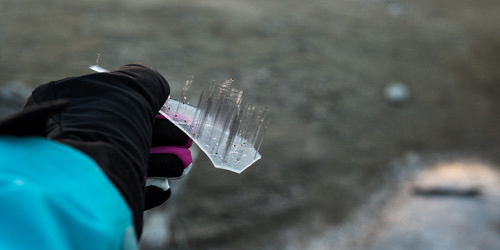 We have run into photography royalty along the way, on the trails and tracks around Torres Del Paine and Mt Fitz Roy National parks. Names I had only known by portfolio on 500px, names that seemed so far away that they couldn't possibly be real. Having some guys walk past and go “You're the OOAK girls?!” and be told later that they're so high up in the echelons of the community that it makes your heart skip a beat to realise who you were talking to so casually.

We have seen some incredible landscapes, witnessed some jaw dropping sunrises and been blessed with the best conditions imaginable, with only one or two days of torrential driving rain. We have learnt so much about ourselves and what we are capable of, if only we turn our brain off after it tells us that we CAN do it, and back on after we HAVE done it. We have climbed higher than what we had ever imagined we would. I can clearly remember looking out over the valley below Mt Fitz Roy while my arms hold me onto a section of rock path (in the act of avoiding a vital foot tether point thats covered in slippery ice) and looking out to see how far I had come, from the distances on the path to knowing where I was now, there was no greater feeling. Getting to the top, it was sheer relief to know that for a few minutes, I didn't have to worry about where I put my foot and if it'd take my body weight plus camera gear. 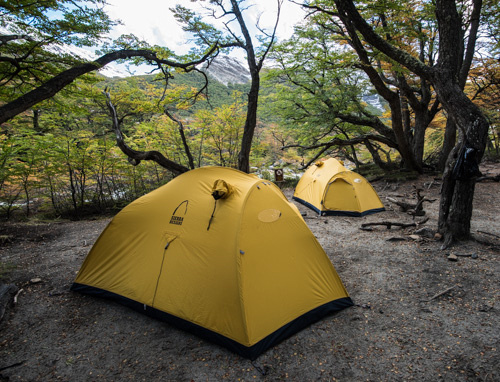 I've learnt what I actually need for 3-4 days away hiking, versus what I actually think I need. I've learnt that 4 days is about as many times I can wear a pair of socks before I stink out an apartment, and about 6 days can come out of a thermal as long as I take it off as soon as I feel like I'm beginning to get sweaty. I've learnt how to go without makeup, hair products or even a hairbrush (sorry Mandie) that I can just finger comb my hair and it (sort of) works the same. 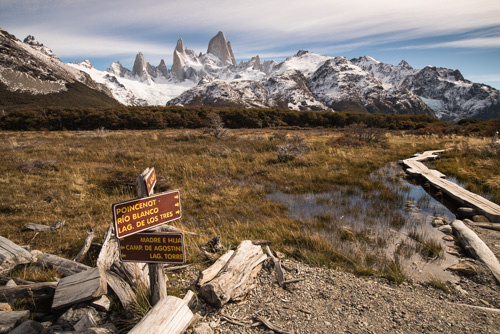 We've been here for photography, not fashion. To the talented people that I have just shared the last 12 days with are all such special people in their own rights, with talents stretching far beyond photography. We've been so driven in the pursuit of a single goal it's been great to be a part of it. The community spirit and the cohesiveness of the group, the laughs and the shared achievements, simply wow. I am so thankful to those that have put up with my questions, whether smart or silly, for having the patience to persevere with my ways. Thank you to everyone.

We've covered many kilometres in hiked distances, from a rough estimate I'd guess that I've hiked somewhere in the vicinity of 75-100km. It's hard to tell exactly, I had hoped that my Garmin fitness tracker would give me an accurate reading, although this is also another downside of losing ones' phone. I have recorded my steps, but can only guestimate the kilometres covered.

I have achieved some amazing things, taken some amazing photos (they're to come over the next few weeks/ months) and proved to myself that I'm stronger than I thought, if only I had the good sense to listen most of the time. It's elating, this trip has been simply so special in proving to me that I can be as extraordinary as I desire to be. There is no limit. Don't let your brain talk you out of something especially if there is nothing to lose but everything to gain. 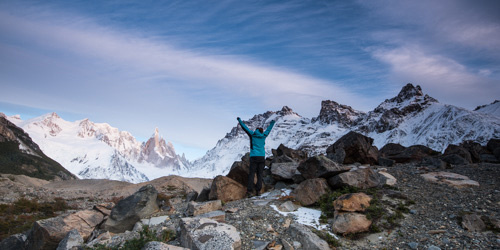 The scenery is first class, there is no more an exciting place to be for landscape photography, for this I am so thankful that I had the opportunity to see it before it becomes just too popular; though I still think this has already happened.

When I get home I'm definitely going to start hiking more mountains!

P.S I'll never complain of slow internet again... I've put up with over an hour of delays to get this up!

Brett Williams(non-registered)
Glad you are safe and well.....despite the loss of phone.

Looking forward to seeing the fruit of your efforts.