I made it safely to Japan in the comfort of Australia's finest airline (that's you Qantas ;) ) a 9 hour flight went by pretty fast, thanks to your selections on the inflight enterainment system, I caught up on all my HBO shows. Didn't even get time for a movie, but that's how the cookie crumbles. Our inflight meal was pre-selected on Q-eat a new thing where they ditch the 6 or so different things on your tray in favour of one large meal that's actually pretty good. Mum was seated in 34D and opted for the pre-ordered fish, a delicious meal, but with an ominous sign on the lid... 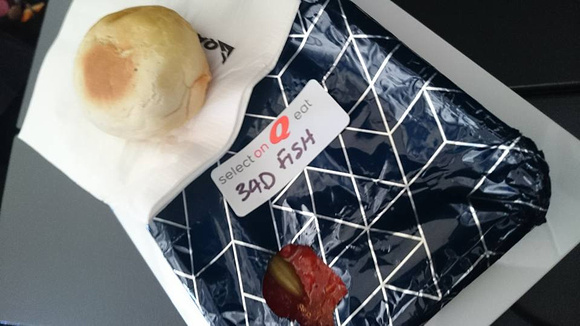 First day was relatively uneventful, as much as being in transit and getting places can be. The usual mystique and wonder followed as I showed mum different ideas and concepts, taught her how to use chopsticks and made her watch the kids' channel of the TV so she could pick up intonation of the language that I knew from watching so much Manga in my younger years. Eventually she had begun to get the hang of it, and she was beginning to drag her vowels the way it was intended, Understandably its hard to get the grip of such a foreign language, drop the Australian twang and take on the approach of more rounded words.

We landed at Narita International Airport, stayed overnight at the Narita Rest House, a somewhat 80's styled and never updated airport hotel, a place stuck in time where ceilings are low and smoking floors once existed. And probably still do. I'm not the tallest chick in Australia, but even I felt like my head was skimming along the roof as I walkled. Mum, a tad shorter than me, was able to reach up and touch the roof. 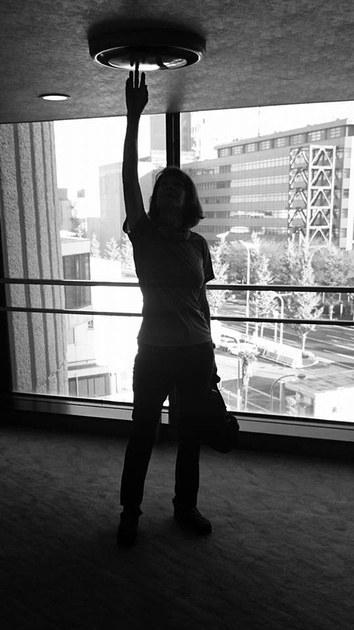 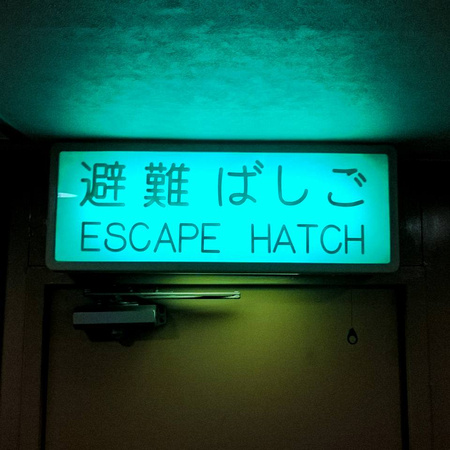 ^Good to know its nearby!

Our first dinner was spent in the Airport restaurant, where mum had a Beef Yakiniku, I, a slow cooked pork Ramen. So yum, so perfect after some interesting plane food. Next day, wake up and head back to Terminal 2 where we got our tickets on the Shinkansen through to Kyoto. The people are all so very friendly and helpful in getting us where we needed to go.

Most of day 2 flew past before I had even a chance to capture it properly, the first few shots were taken on my phone, and if you were on my Snapchat, you got a few extras... you know what I'm talking about!

Arriving in Kyoto shortly after 2pm, we navigated a complex subway system to get to our hotel in Saiin. Two stops on this line, two stops on the next. Eventually, after ditching our bags, exploding our suitcases into the room that we shall call home for the next 5 nights, we decided to catch some of afternoons' light at Gion, complimented with some night time illuminations.

The crowds were insane, but I fully expect them to get worse over the course of some days in the city. It's funny how tiring it can be overtaking people and understanding why people just STOP right in the middle of the footpath. Nevermind.

Here's some shots of downtown Gion and the surrounding Yasaka Shrine, about as far as we got in the crowds before stomachs rumbled and eyes began drooping.

Today we're off to Kinkakuji (The Golden Temple) and around the area to the other shrines/gardens! 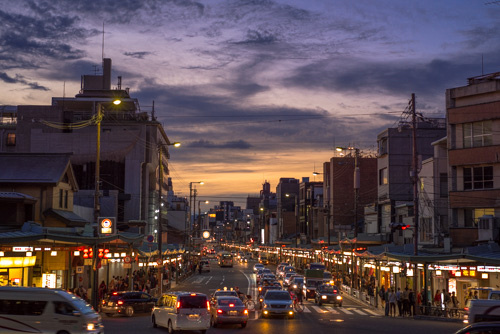 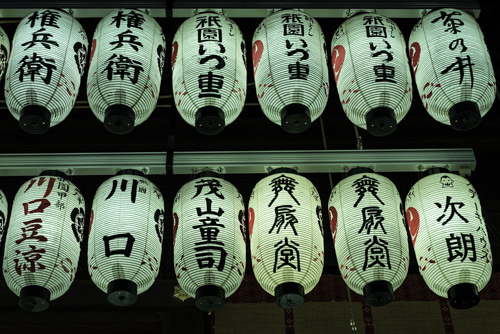 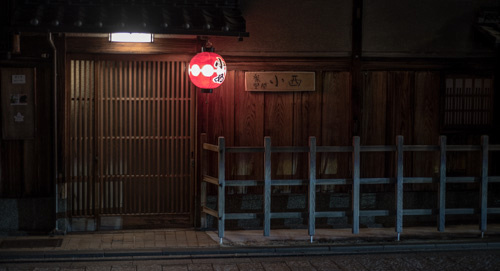 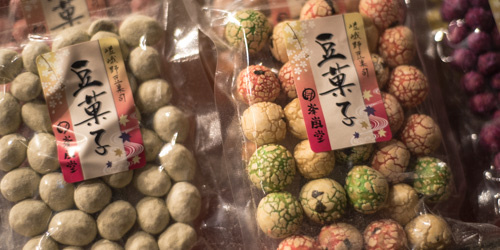 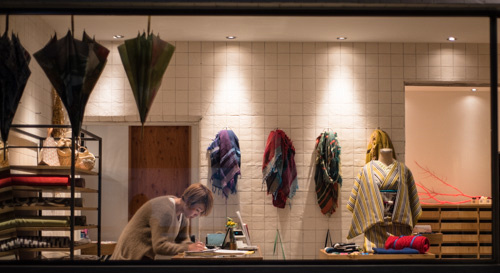