((apologies for being picture-light, the internet here is dropping every few minutes))

I have had the most incredible day!

Iceland and Jokulsarlon really know how to turn it ON for me!

The day started at 4:30am with a shrill-shrieking alarm, bleeping its muffled tone from Josh's bunk. After only five and a half hours it was time to get going again, we had gotten in late the night before and become slaves to the habitual download-backup-charge cycle before shower, teeth and bed. Indeed we had planned to be camping by the frozen lakeside,instead of being inside the cosy hostel by the window; but alas the weather pulled a swifty and sent us indoors. We were staying at a hostel in Vagnsstadir, a name I dare not pronounce by spoken word, a few minutes north of the famous Jokulsarlon Glacial Lagoon, my spiritual home away from home.

I have spent the better part of two long years dreaming of what has been happening here while I have not, what I would do, how I would shoot if I came back. Now that I'm here I've come to realise just how incredibly lucky I was the first time around. It really set the bar high, as the conditions today were totally different. Granted it's near impossible to take a bad shot here, but a well-composed shot is not easily come by. I've felt nothing but the weight of the world on my shoulders as people wait with baited breath as to whether I can “do it again”. Do the magic things that I did with Jokulsarlon the first time around. 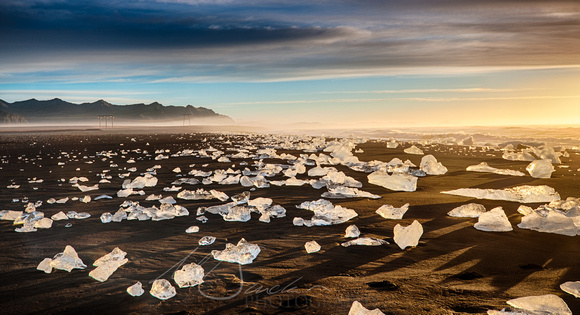 Back in 2012, I arrived on the Jokulsa Beach bright and early around 4:30am. There were broken pieces of ice everywhere, so many to choose from and not enough time to capture them all. Today, I arrived, and there was hardly a piece of ice big enough to photograph. I was dumbfounded and shocked, speechless even. Where had all the lovely bergs gone? How was I going to shoot?! This is the thing I learned today, and keep re-learning; conditions change, they're the dice that we throw, we play the numbers we get rolled. I was dealt a crisp blue sky, some high cloud and hardly any ice near the shore of the lagoon. We soon switched locations to Fjallsarlon, just in time to catch some pinks lighting the glacier, but not enough time to find a decent position. 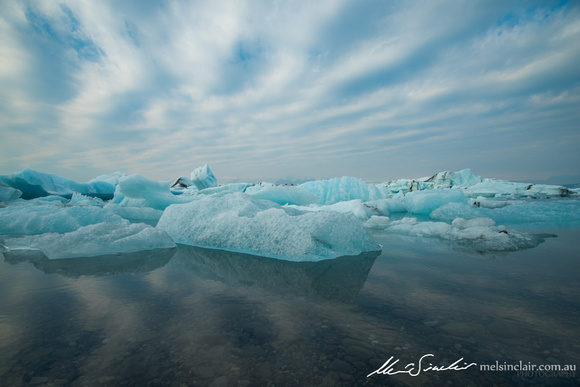 ^ A fresh catch this morning!

After the craziness of sunrise, which lasted about three hours, we headed back to Jokulsarlon. My ego dented and bruised, I felt I had not lived up to what I had expected of myself, the conditions had not delivered, all plans were out the window. It didn't take long however, for the conditions to change rapidly again, this time in the form of a smoke haze from the fissure eruption caused by Bardurbunga in the north. Soon, this smoke haze had engulfed the entire lagoon, it was hard to see the glacial shelf behind. As it got thicker, it changed the clouds from murky oranges, into waves and bars...

Our attention had been temporarily diverted by some clown who chose to walk through the frigid water to stand on an iceberg, then dancing about. Most of us on the shore were hoping for him to fall, but alas he never did. Lucky man... there's a fine line between hilarious and hypothermia.

As this drama unfolded, the clouds changed, the light softened and all of a sudden I had the clouds I had been previously seeking. Snapping off enough shots to drain the battery in my D810, and propelling us forward in time, we left the lagoon at midday for Skaftafell, only to discover a crisp, clear and sunny day beyond the reaches of Vatnajokull.

Photographers following will know that clear and sunny does not bode well for waterfalls, and after seven hours of constant go-go-go, we stopped for lunch at a local truckstop. Recharging the batteries was great, and as time slipped away from us, we conceded that we should probably try for sunset at the lagoon... why not try make it again?

As the weather does here though, it pulled another swifty on us, sending in the deep purples for a spot of drenching rain, but not before doing some little dances and dropping rainbows. 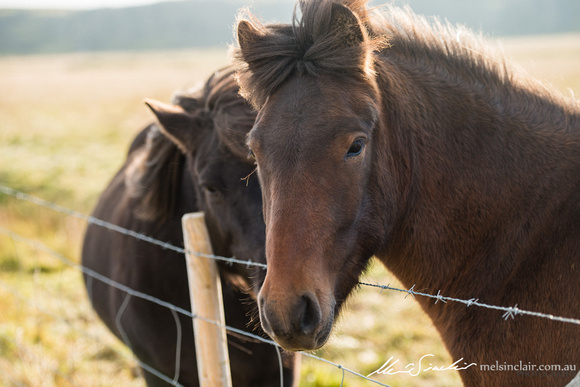 While we were so occupied with the rainbows, we crossed paths with a paddock of Icelandic ponies (they're all Icelandic because they dont import or export horse breeds), so they became the next subject matter on our list to get captured. They were so animated and fun to watch, yearning for attention and pats from their bounds. In the end though the need for them to groom became too much. On capturing some hilarious moments, we respectfully let them be. 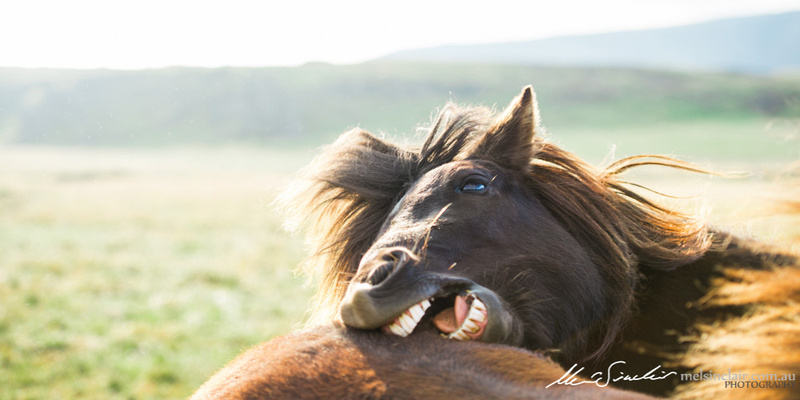 ^ How I felt looking at some of the images I got... but I won't reveal them until I'm home in Australia!

Getting back to the lagoon, it was rainy with an intense sea mist, cold and all over unpleasant. It was signalling to us to give up, so back to the hostel we dragged our feet. Finding a few abandoned buildings on the way back was a superb finish to the day.

All in all, today, I re-learnt the act of going with it, expect nothing, capture as much as I can. Do my thing with the timed precision that I always have, trust in myself.

Tomorrow is a new day, the weather isn't looking kind, but we'll go back and see what we can get.

That's all we can do.