You've seen the incredible works by Ansel Adams, their other-worldliness depicts scenes from a lost era, of details, textures and beauty. So in knowing what a special place this is to so many people that visit, landing foot in the park was nothing short of transformational. There's something special in the air, a mood, ripe for creation, an enchantment leading you around each bend, with every footstep trodden...

If you've been a frequent reader of my travel blogs and have come up a little disappointed this time, in advance, I'm sorry. I was too busy living in the moment and enjoying my time to think about getting this all up day after day. So, in part to keep the memories alive, and to relive my holiday one step at a time, instead of blogging about the days that we had and showing a variety of photographs, I want to try just sharing one with you each post.

This was Yosemite, a morning at the end of Fall (Autumn for us Australians) with a skerrick of cloud and a banging reflection, Half Dome showed her face. Golden, browning and leafless trees rustling in the breeze and bathing in the last sunlight.

We'd had several weeks of little to no cloud, each morning waking up in the hope that our luck had changed and we'd be given some white fluffy stuff. Most mornings we were disappointed but kept shooting anyway.

We'd gone to Yosemite to see what the fuss was about, to stand where many have stood before us and captured our own impressions of such an iconic park. We'd gotten lost in the many looping roads through the park, finding cute little corners and viewpoints in which to appreciate the buzz of activity around the climbers on El Capitan, and all the watchers that clung to the side of the roads, eagle-eyed with binoculars. Finding tiny human specs of life traversing that towering wall, a game of "where's wally" for the sharpest eyes.

There was certainly a magic aura about the place.

It did however feel like they were just salivating for winter to begin. Animals such as wolves and deer foraging for their last feeds before heavy snowfall, chipmunks and squirrels scavaging the last of the seasons food. Coloured leaves falling haplessly to the ground and a cool air wafting through the valley, a sign that the season was changing and there was soon going to be less people around. Boarded up toilet blocks, chimneys wrapped with plastic and secured to avoid snow getting where snow wouldn't be appreciated. 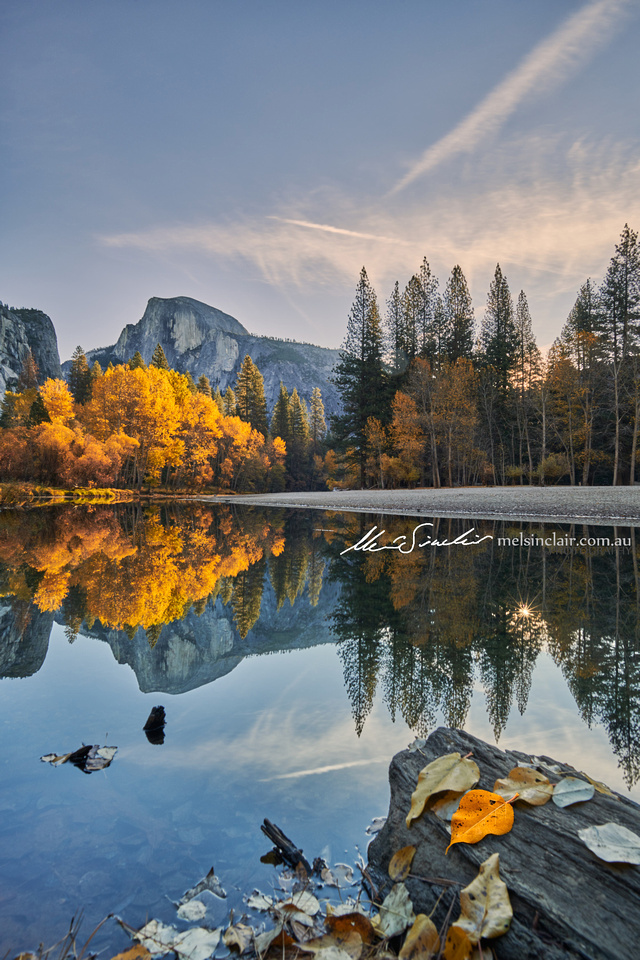