But, I've been busy, I've got photos to share and I hope that you're keen to see what I've been up to.

The last blog I was at the National Park Hotel after just wrapping up at Cradle Mountain. After missing a killer sunrise at Cradle, I vowed not to miss another unless the weather was saying 100% nope with driving rain or even a tornado.

As I did every night before going to sleep, I checked the weather forecast. Fog

Did I read that right?

There was a solid promise of Fog from Meteye.

Early the next day, I woke with that headache that I get every sunrise. The "I'm going to regret the sleep deprivation" headache. It was a sign, a sign that I should have gone to bed earlier, I knew I wasn't going to get a nap, I had to drive to Eaglehawk Neck after shooting. I had mum in the car, and I'm sure that she didn't quite understand the need to drive past the same spot repeatedly, but I didn't care (too much). I could have lingered for hours after sunrise, but time was not on my side. What I did get however has put a big smile on my heart, a feeling that I finally have work again that I'm super pleased to share.

The whole reason I was hanging around Mt Field was of course, to shoot the easy-to-access waterfalls. There wasn't much water in them, so it was up to some styling to get the most out of what was there. 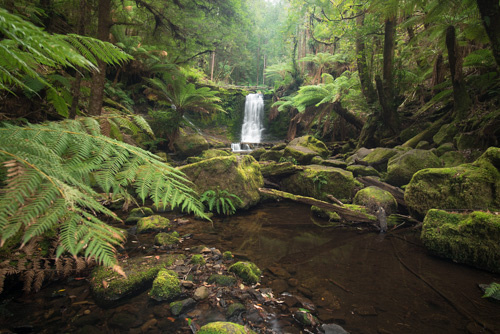 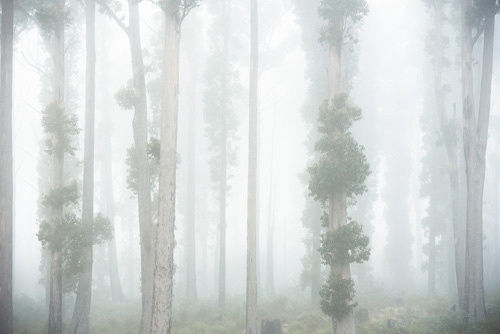 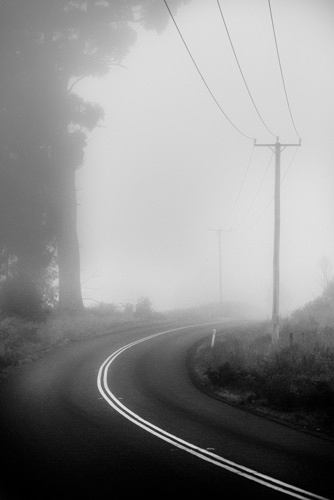 The drive to Eaglehawk Neck was mostly without interruption, save for perhaps the essential food stops for Salmon, Raspberries and water. I really struck lucky with the tides, I got low on both mornings that I was at the Tesselated Pavement, and the second sunrise I opted not to even do because the first one was unbeatable in that regard. I'm thankful that Tasmania has continued to give me good weather. 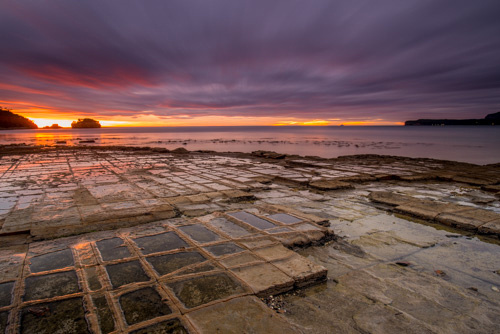 On our last morning at Eaglehawk, my mum and I combed the part of the beach we still hadn't explored. There was rockpools and a number of really different natural patterns and things to see. It's a little bit of a treasure trove, so bear with me! 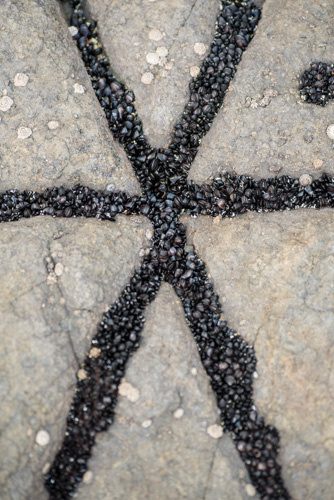 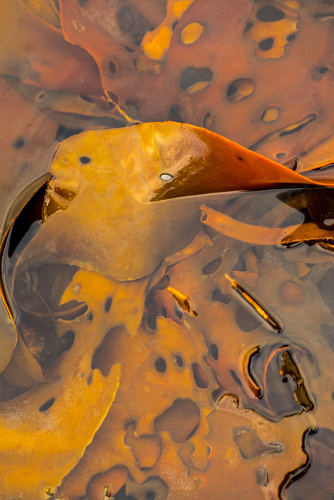 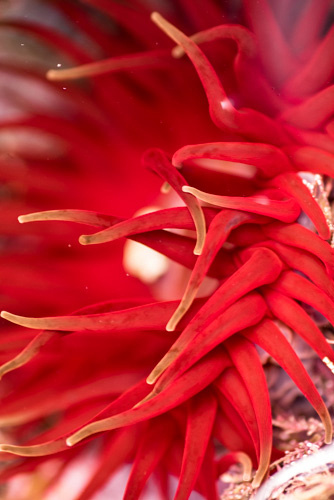 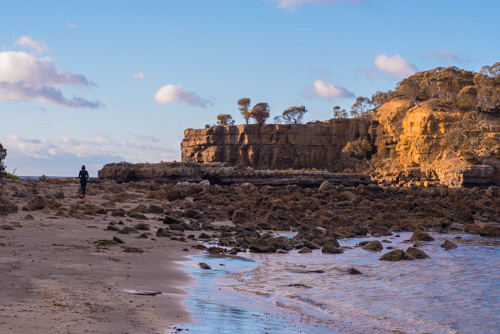 Once Eaglehawk Neck was done and dusted, it was onto our final destination, where I blog from tonight having just had the most amazing sunset. The water calmed down just enough to see the beautiful blues and greens shine through, and high clouds lit up like firecrackers in the afternoon sky.

Driving up to the East Coast from Eaglehawk Neck was initially very confusing, but once we found the right road it was smooth sailing. I can't remember ever noticing the number of vineyards scattered around the hills before, and temptation finally caught up with us as we passed the Devils Corner Cellar Door. Here's the view the winery is set against:

Tomorrow I head back to Brisbane, and I'll be ready to share over the coming weeks, the results of this trip. Feeling on top of my photographic game again, I've seen so many different angles of Tasmania this time. It's been wonderful Tassie, as always!

Thanks also to those following on Instagram... I've been trying to give the "seconds" which come from the phone some life while I process what I have from the camera!

Sunrise this morning at The Gardens was pretty, but not a cloud in the sky. For most people this would be heaven, but sometimes I find it hard to be enthusiastic about clear skies, instead chosing to focus on the way the light fell on the scenery. 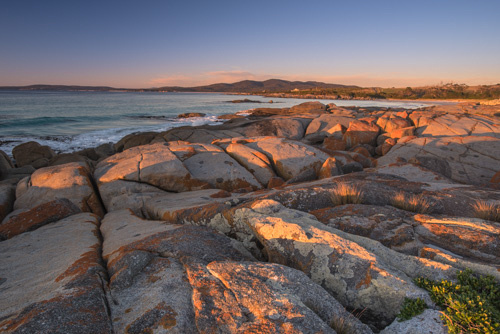 Today was spent exploring The Gardens and Binalong Bay under the normal midday sun. It was quite hot after a while! After some really cold mornings, it was great to finally crack a sweat. The sand is so whate, the water so crisp and turquoise! A true feast for the eyes! No wonder it was voted #2 beach in the world this year! 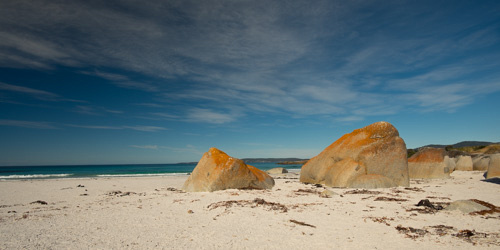 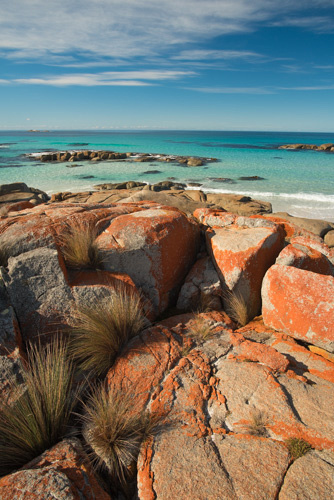 And, before i go, here's that sunset I was talking about! Binalong Bay tree, Binalong Bay, Tasmania. Love it! High cloud in the sky that lingered from mid-morning started the most incredible sunset. I truly got my wish for the clouds to stick around! 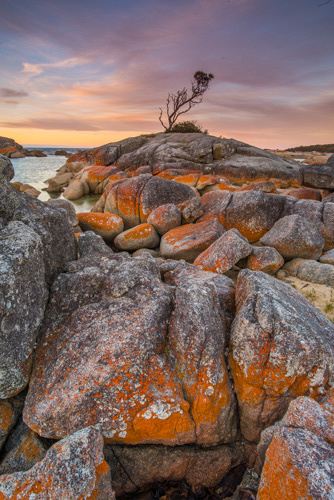 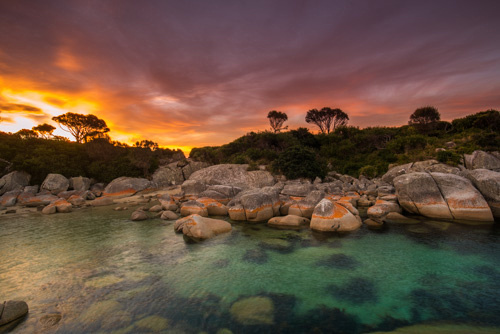 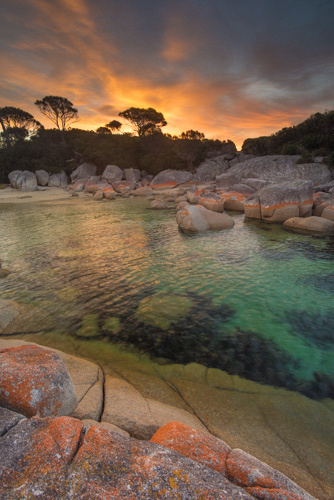 All images shown here are intellectual property of Mel Sinclair. Please do not reproduce images outside of this post without permission. These are not final edits.