Probably not what you'd expect to hear from me, given that most of you would probably trade places in a heartbeat. After being at this for a day or more, skipping through timezones, racing time to get to our destinations, there is honestly nothing more soothing to me than a few hours of unlimited wifi, an over priced salad roll and a soda water, all seemably enjoyed on my own.

Josh has gone to explore the city or a local shopping mall, while I stay behind and mind our camera bags, loaded up pretty heavily with gear. Mine has gotten to the stage of so heavy that I don't want to lift it, let alone tour around with it, because I'll either pull something in my back or knock someone else out with it.

We got off the plane from Singapore about an hour and a half ago, greeted by Helsinki airport, it's cold grey structure and confusing gate layouts. Warned by friends that there was nothing to do here, they were right. Still, I am enjoying my time to sit down and gather my thoughts. 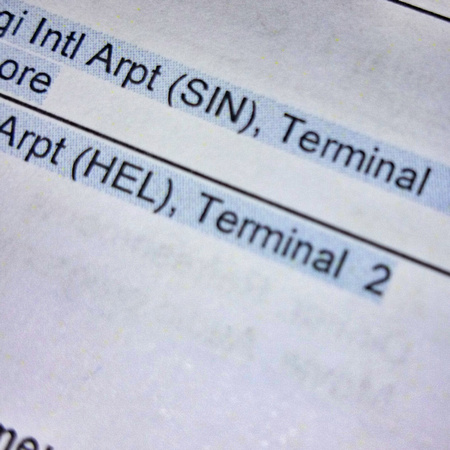 The ride from Singapore to Helsinki was our longest leg on the way over, a touch under twelve mind-numbing, toe-cramping, pitiful-attempts at deep sleep imaginable, all made worse by the woman whose waistline would have almost reached two metres, her mass challenging the edges of the seat in front of me, stacked up like collapsiing jelly. Her grease-soaked hair was in my face, trapping me in my seat for a considerable portion, until I pleaded with the air hostess to ask her to not recline so far, giving my poor knees a break from their own sleep, or having them run over in the aisle by the food trolleys. Feeling slightly sick from her smell and the claustrophobia creeping in, I downed a valium with red wine, choosing to sleep the first 6 hours of the flight away, wishing and hoping that by the time I woke up again, we'd have made considerable distance. 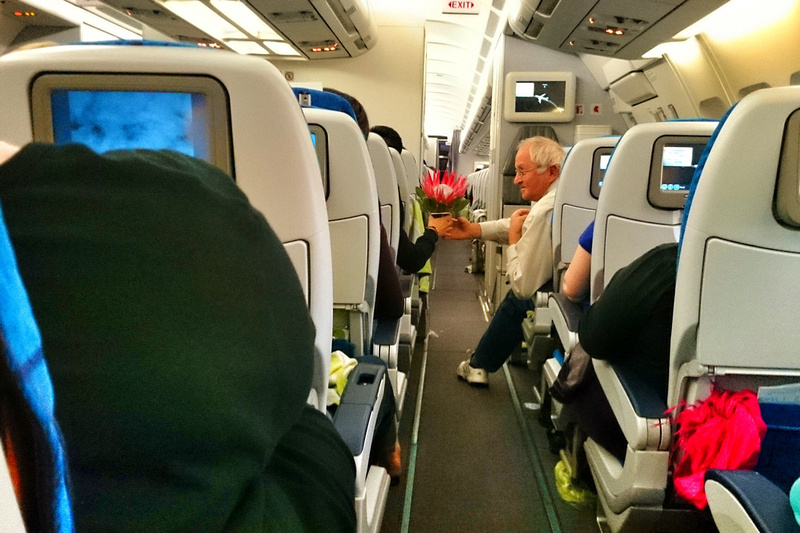 ^ Some strange characters on our flight...

Singapore before that was much more pleasant, having gotten there and gone for a massage, a swim in the Changi pool and an ample dinner, followed by more electronics charging prior to our night ahead. I can't wait to get to Oslo and begin this adventure, the transit process has made it feel like forever and a day, but I know this is only the beginning. It's funny how its so easy to forget about this part, it's both fun and boring.

The awesome is yet to come, this is just the housekeeping.

We'll be in Oslo by nightfall, then on a train to Trondheim in the morning.