I just wanted to post a super-quick blog before running away again, about last nights' Aurora!

^ Something from yesterdays' walking around...

I have got to say, in the morning it was looking like there wasn't going to be any clouds clearing, that it would be not as spectacular as we had hoped. We spent most of the day walking around Trondheim again, trying to scout somewhere to shoot from. Not having a car and therefore access to a place not soaked in light pollution was a bitter pill to swallow, but we tried to make the best with what we were given.

In the end, we found a place just down the road from our accommodation. It was in shadow, further enough from any lights that would shine into our lens. Mind you, we were still overlooking the night lights of Trondheim, and the nearly-full moon was rising. TIme was against us, we had a short window, we had to give it a go.

Setting our alarm for 1030pm, we initially looked out the window, unable to see anything. Wandering away from street lights an hour later, she showed herself to us, and it was spectacular. Readjusting the eyes to see what we had to see was difficult, we assumed such a powerful aurora would be able to be seen with the naked eye. It was there.... just. A  long exposure with the camera and it all came out. 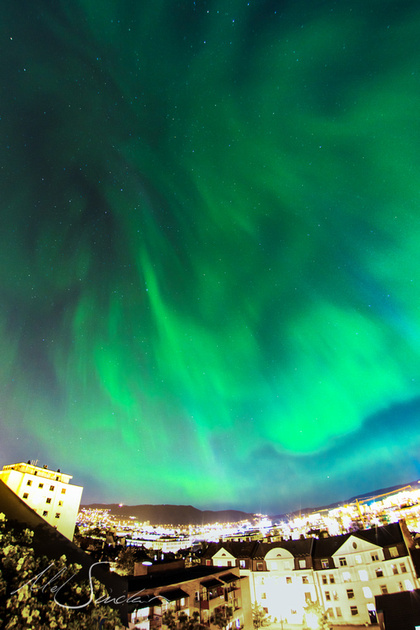 We were lucky enough to have a bursting-pattern above us for around 45mins, when all of a sudden it stopped and turned into a green glow.

Tired and cold, we headed back inside to look at what we had gotten. 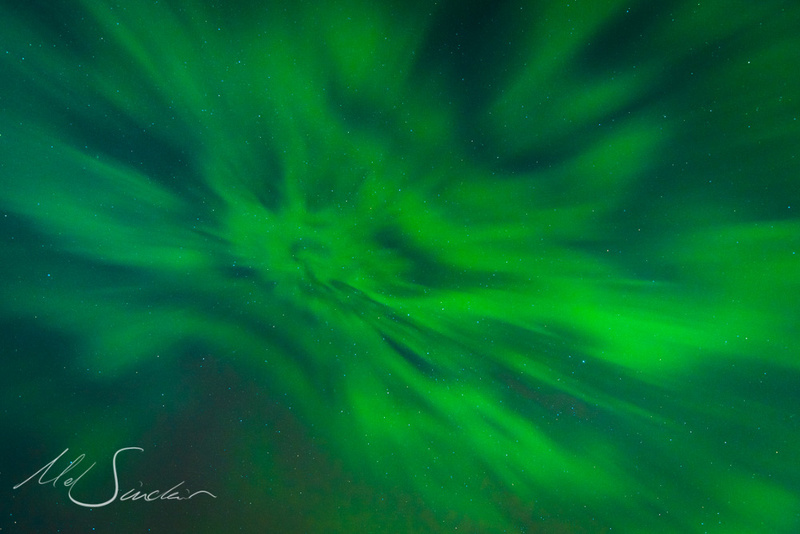 ^I"ll admit, it's like a visitation from a tiger-spirit, whispering it's silent wisdom to me. Due to the deleriousness of being awake, I'd have believed whatever it told me as well.

The quick and rough edits will be redone when I get home to Brisbane in a months time, along with all the other images I'll have taken in the meantime.

Tomorrow it's off to Iceland we go!