As hard as it was to say goodbye to Lago Pehoe, it was time to move on to see another angle of Torres Del Paine. The mountains had been teasing us for days, being so far away, it was time to get amongst them and experience a slice of what true hiking aficionado’s come to Patagonia for. 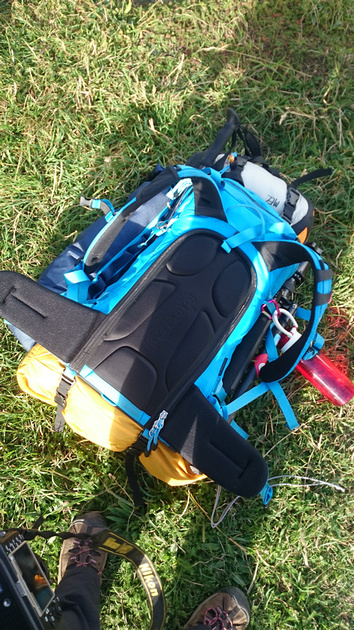 We arrived rather hurredly to the Catamaran which was waiting for us. Embarassingly, after grabbing our bags as they tumbled out of the car, we ran – nay – shuffled, that awkward way that you do when you’re not quite sure of how to speed up the cadence when under the weight of a pack and under pressure to make a departing boat.

All aboard finally, some of us making the shuffle with grace, others just content to take their time, we angled through doorways with our huge packs, took on weird looks from everyone else on the boat and took some kind of assigned seat without attracting any further attention. First though, we had to go up onto the roof to see another grand view of the huge peaks, from my personal view, we had a large mountain/lump in front of us, which blocked most of the view. Others on the boat did not discriminate though, this was worthy of a photo. 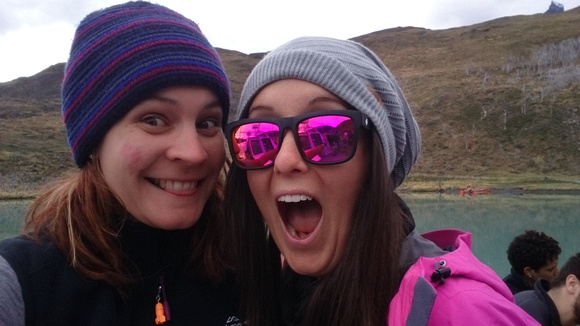 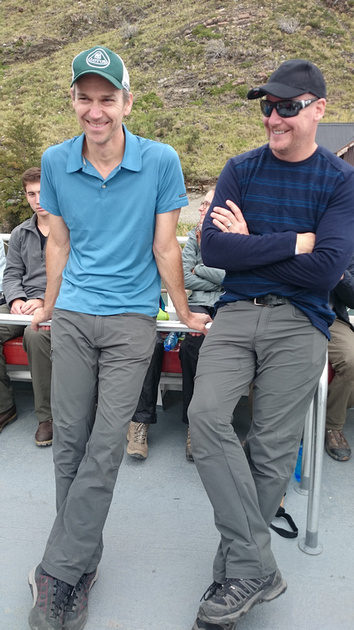 The boat ride was quiet for most of us, as there were a range of other people on board, we sat and watched the world go by, as if silently, momentarily, we behaved like normal citizens. Whatever normal was.

Disembarking at the port of Paine Grande, all packed up thinking we were about to go for a decent hike, I marched off the boat, pulling my best “it’s not that heavy, this is what I always carry” face. We marched all of about 200m or less, to the camp site register, and then proceeded to set up camp. No bigass hike with the pack, no bravado needed. What Sarah and I did need however, were instructions on how to get the tent up, as the previous time, it was done for us swiftly and sans instruction. This time however, we were on our own. Managing to get it erected without too much hassle, the sleeping gear went inside and anything not deemed necessary for photography was chucked in also.

The trip from here fragments for certain the group, depending on what they chose to do each day with hiking and exploring. After throwing non-essentials into the tent, I set out with Jeff, Jake, Rob and Craig to check out the Grey Glacier walk. Although overcast, I was keen to see what was up beyond the ridge that (seemed) to shelter us from the wind. (oh how wrong I was!)

Most of this walk was pleasant without too much opportunity for photos, that is until we reached the top of the first steep ascent, and looked out over the giant causeway created by the receding glacier. The rest of the walk took us through winding forests, tall straw grasses, across streams with hastily built bridges, up and over rocky ridges and of course, as it is in Patagonia, through much mud. ^ Rob's back and Craig 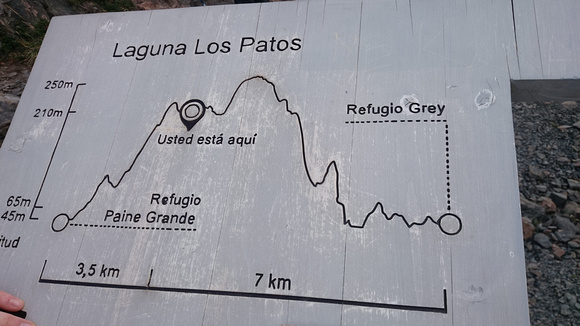 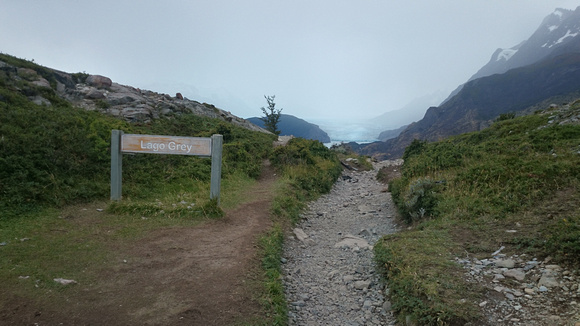 ^ As close as I got before we (regrettably) turned around

When the heavens opened up, 3km before we were due to reach our destination, for whatever reason we sheepishly decided to give in, figring the weather wasn’t going to clear and give us a worthy sunset. While the latter was true, I feel conflicted that I never really reached the glacier. That said, it was a damn good walk, and the first long hike of the trip.

Returning to the camp site in near darkness, and, pretty wet from the continued rain that fell on the return, I soothed my soaked little soul at the camp kitchen for an unexpectedly awesome meal of chicken, and caught up with those at the table and heard about their day.

That night the tent flapped and billowed about in the wind, waking up thinking that I was on a boat with large sails perhaps was justified, yet at the time felt slightly mad.

Sunrise was passed on because of the continuing grey skies and intense wind, much like breakfast should have been, as it was lacking substance and perhaps overpriced. A RedBull later and that problem was solved, the girls and I took off for our adventure up the French valley, however hard that would be. We set off excitedly for the day ahead. 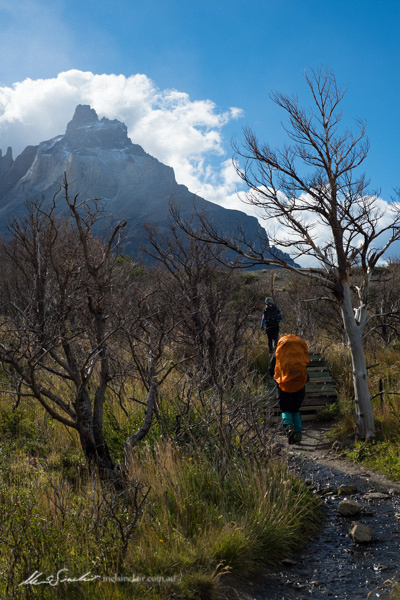 ^ Lovely day for a walk! 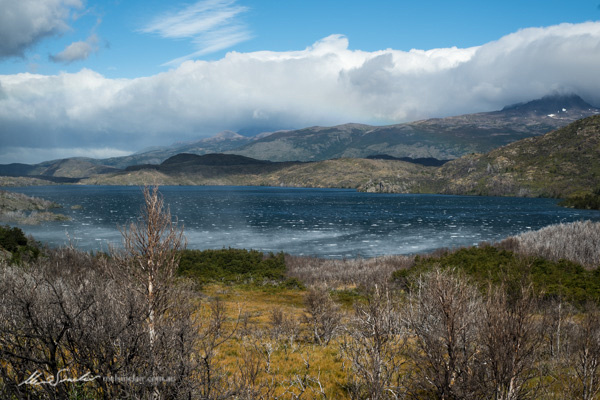 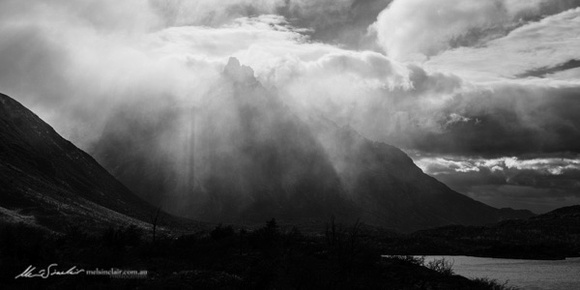 We took the walk at a leisurely pace, opting not to rush and this was one of the most entertaining days that we had (or so I think), as the varying path, scenery and wind levels made the trip rather fun.

While we never made it up the entirety of the French valley, we had some awesome fun along the way. This is perhaps the day that I took the most photos on both my phone and my camera, ones that I think demonstrate just how changing this path was. 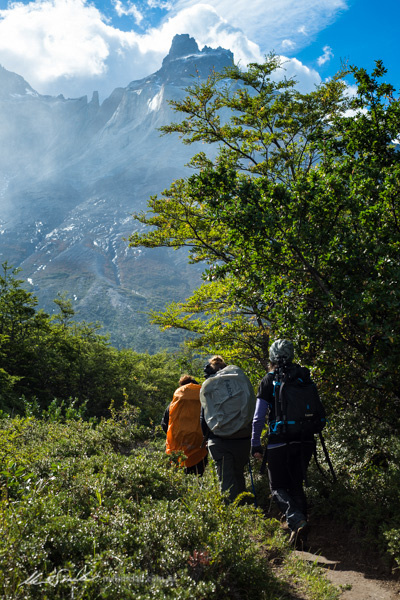 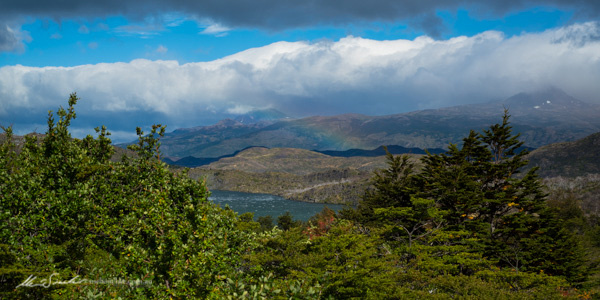 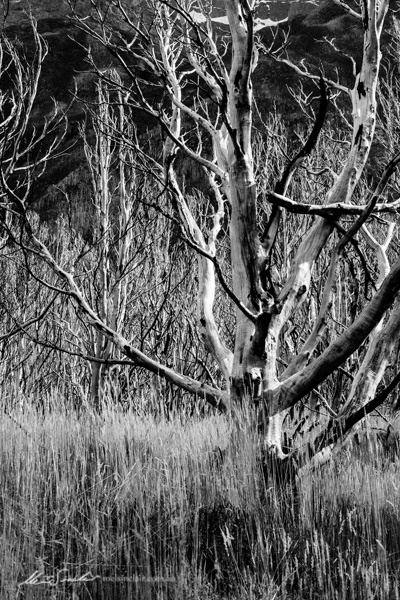 One particular section caught Clair off-guard, and most of us, now that I think about it. It was the equivalent of running the gauntlet, without the running. A mud puddle where track should have been. The boards of which were bogged, down IN the mud, rendering not much use to all of us. Being careful where we trod was paramount, though some of us slipped up. Thank god for gaiters, hey Clair! 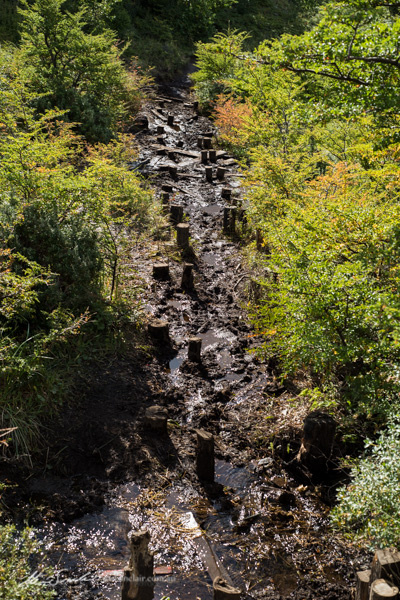 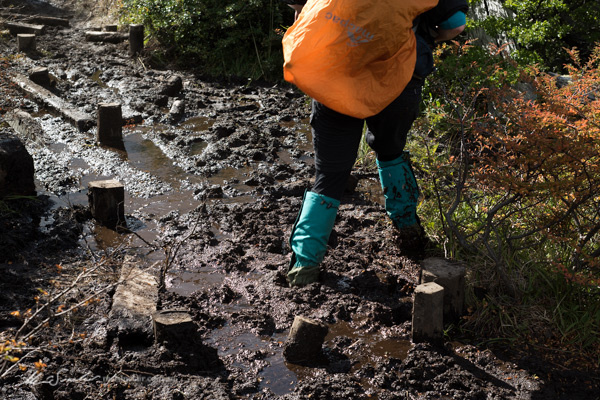 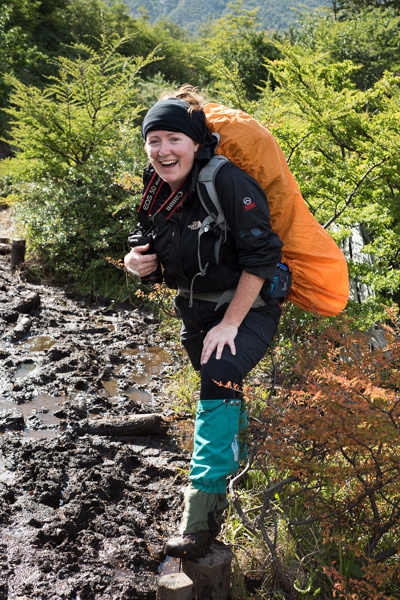 ^ It's all good! Gaiters saved the day!

We didn’t stay for sunset in the French valley, Jake and Rob did, but not us. Instead we raced back to camp both fearful of the Pumas which could emerge from the bushes hungry for some Australian, and the kitchen closing for the night. Rumour has it that Clair came close to a Puma and photographed it! Gutsy girl!!!

I’ll let the images do the talking from here on out. 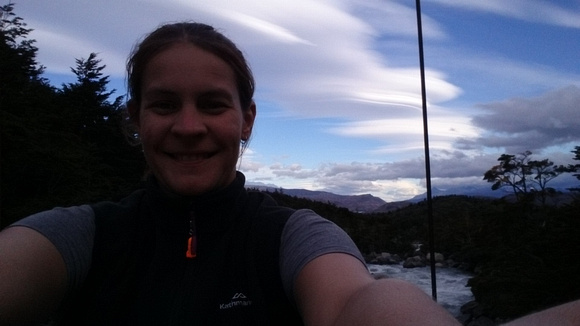 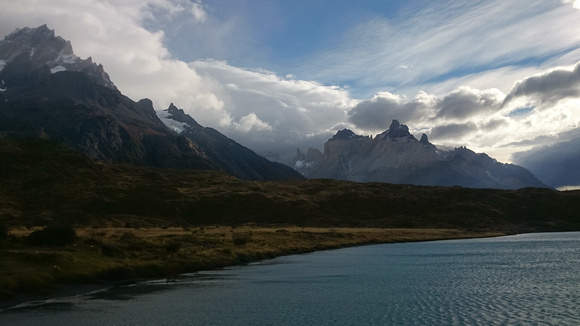 ^ View from the camp site walk to Camp Italiano 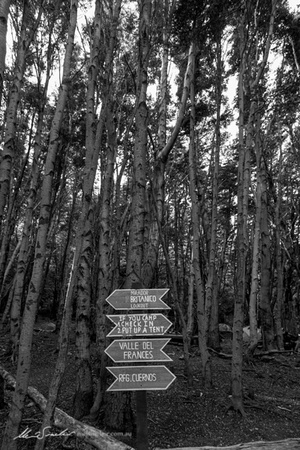 ^ Made it to Camp Italiano 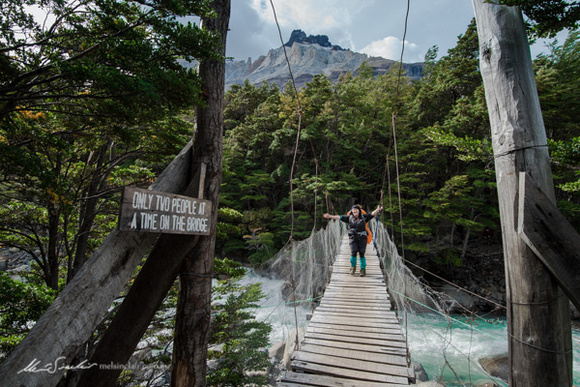 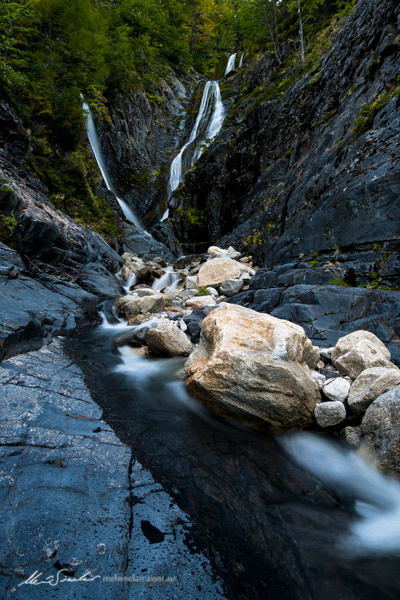 ^ BUT we found the waterfall! 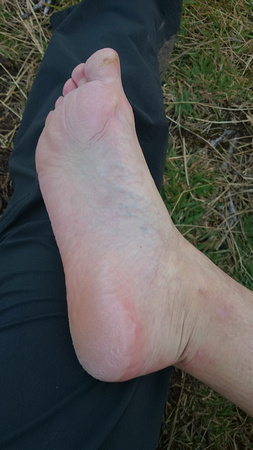 ^ And after almost 23km of walking, my feet!