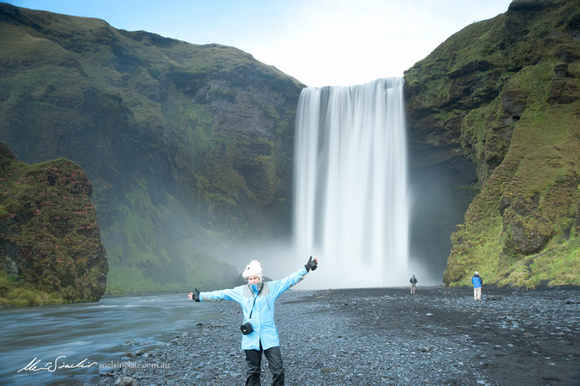 Two weeks until I fly away on my big adventure, a year in the making! back to the land of the unpredictable weather, the breathtaking northern lights, the land of amazing and awesome, the place where unicorns, trolls, elves and spirits come from - true story!

I can't believe how time has flown.

From here, there will be a ramping up in activity on this blog.

It's going to be the central point of all communications for me... keep an eye out for blog posts, video posts, actual posts (don't read this while driving) and a whole bunch of caffeine-fuelled randomness along the way, because I can!

I've promised to keep you all updated here,  Facebook, G+ and Twitter... and after that I'll need a holiday!

Here's hoping Mr Bardurbunga keeps his cool, and I can fly in as scheduled:

September 14- October 9: Iceland - Everywhere and with no schedule! Catch me? Try to keep up!

Arrive back in Brisbane on Saturday October 11 at 5am severely jetlagged and in a zombie-like state.