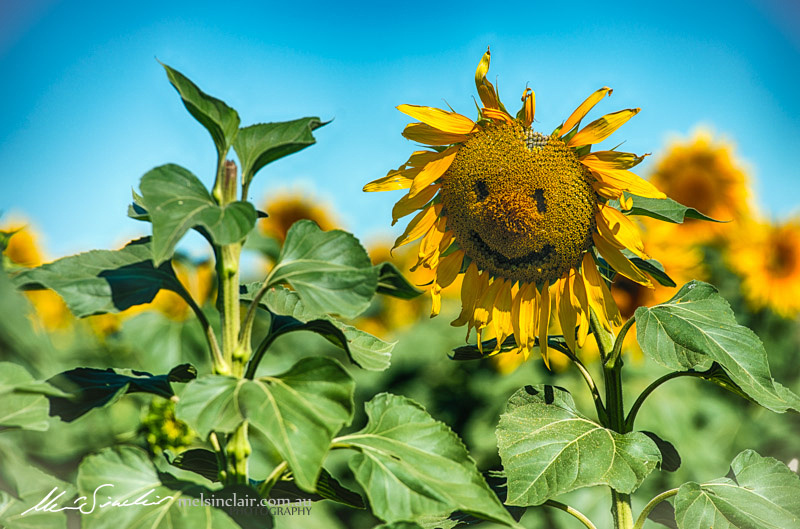 How excited I was to do this shoot.

It was the culmination of months of planning, study and research of the best fields to choose from. After months of planning and communication with a local, I had found a sunflower guru who knew where to go and what to shoot. I was so excited!

The last time I had shot a sunflower field was in 2010, having gone out looking for them, I found none after many hours of chasing my tail around dirt streets, every minute getting more lost and frustrated. In giving up, I kept driving around and it was as if it was meant to be, I drove over a hill, and saw the fields of Gold at the end of the road. I spent hours at the field standing on the roof of my little hatch with my (then) fairly amateur gear and got some pretty cool shots. 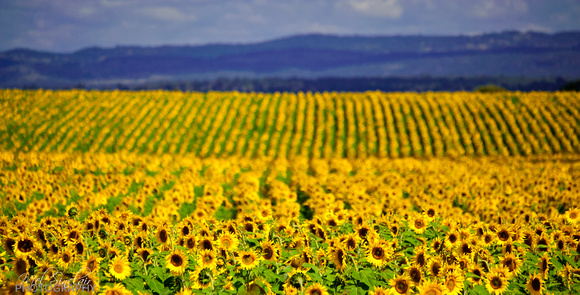 Since then, the sunflower fields had alluded me and I had yearned for a field worthy of my greater knowledge and attention to detail. Once chance meeting back in November during an afternoon storm put me in contact with Charlie, a local who was more than obliging to allow me to park my car in a shed to survive out a storm. I’m so glad we stayed in contact, I couldn’t have gotten the results I had wanted without his assistance both before and during the shoot.

I departed Brisbane early in the morning, 2am, and collected good friend and much-respected shooter Allan to come along on the crazy journey. It’s hard to find people who want to get up early and stay out all day. Power in numbers, makes it fun also to have someone who knows your shooting style who can understand what you mean without having to say anything at all.

I was fairly fixed on knowing what I wanted to shoot, Allan on the other hand did some impressive Macro shots. I wasn't game to attempt any as I firstly did not have the proper setup, and there was light winds wafting through the fields.

We shot sunrise over a few fields, and kept going until our meeting with Charlie. We got the tractor and began shooting. It was so much fun. I shot a timelapse of the shoot in the first field, it was well worth getting the height.

It turns out it was quite the busy weekend to be photographing sunflowers. There were several other groups of shooters around on this morning, some of whom I knew. Those are the ones you can see in the field. If only the guy in the red had worn a yellow shirt instead!

On a more serious note, it was also so easy to see just how close inland the drought is reaching the farmers and crops. The sunflowers which are normally tall and luscious, instead appeared wilted and dry, the soil a shadow of what it should be. Everyone really needs to get behind our farmers, they desperately need help keeping crops and cattle going. 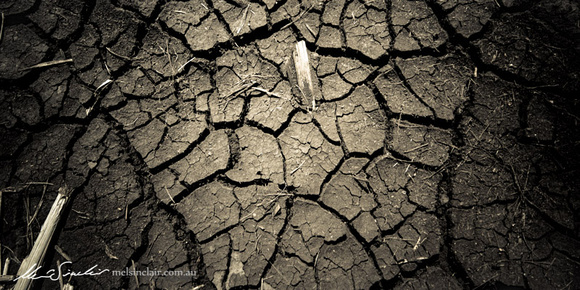 It was a long day that finished up around early afternoon. When finishing we realised we had gotten quite sun burnt, but the shots are worth it. Never had I had a more exhausting day. Awesome, but exhausting!

I’ll begin releasing the photos gradually over the next few weeks. There’s already some in my Australia gallery, which I've kindly displayed below: 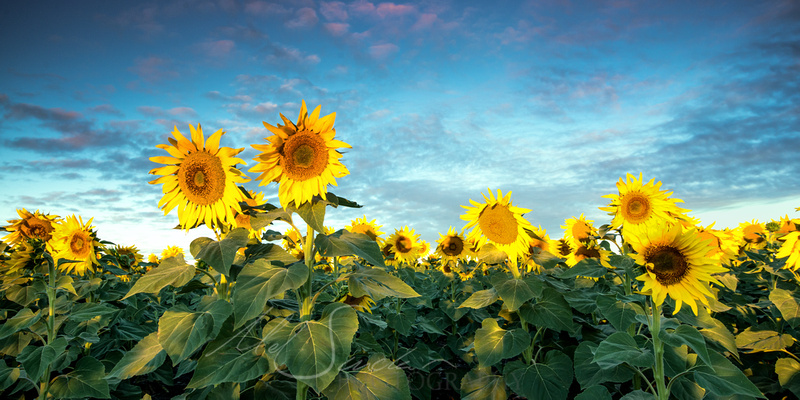 In The Face Of Adversity